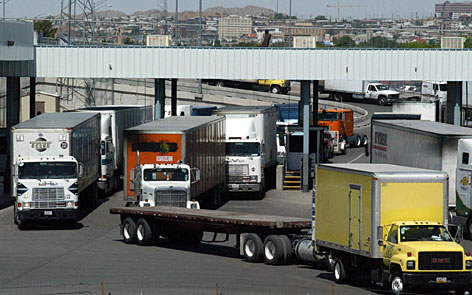 Rail volumes will slow, but rates could rise. Motor carrier capacity is abundant. And shippers are bearish about the economy, concludes the semi-annual Freight Pulse Survey by Morgan Stanley.

The Freight Pulse 15 Survey issued by Morgan Stnaley Research North America describes shippers as bearish but not signaling a deep recession. Volume expectations are among the lowest in the eight years the survey has been conducted.

Shippers rated the US economy at its lowest level in the history of the Freight Pulse Survey, 4.2 on a 10-point scale. “While this clearly signals a recession, a reading so close to 5 (which indicates no growth) does not suggest a depression,” said the Morgan Stanley report. The only industry segments rating the economy at 5 or above were metals and mining, financial and legal services and agriculture.

Declining inventories aren't keeping pace with the drop in orders. Many respondents (about 80%) said ordering was similar to prior-year levels, but only about 65% said inventories were in line or lower. “We believe inventories remain quite low from a historical perspective,” said the report, “but our survey and grim forecasts for the holiday season imply retailers are looking to draw down inventories even further before ordering again.”

Supporting that view in part, shippers have been reducing truckload and less-than-truckload (LTL) volume expectations. Morgan Stanley describes this as painful for carriers, but not catastrophic. Inside those figures, national LTL volumes are expected to drop 2% while regional LTL will remain flat. Truckload volumes will be down 1.2% overall. Mode shifting will boost rail intermodal volumes by 3.5%.

Abundant capacity and weaker demand are putting pressure on motor carrier pricing. But after two years of limited rate increases, shippers appear to be reluctant to push rates down due to concerns over the financial health of many of the carriers. That said, 14% of respondents expect to reduce the volume of freight they move with Yellow and Roadway due to the announced integration of the two. Service ratings place ABF on top for long-haul LTL with FedEx National challenging ABF for the “best long-haul carrier.”
Posted by 1Teamster at 7:29 AM No comments: The nation's jobless ranks zoomed past 10 million last month, the most in a quarter-century, as piles of pink slips shut factory gates and office doors to 240,000 more Americans with the holidays nearing. Politicians and economists agreed on a painful bottom line: It's only going to get worse.

The unemployment rate soared to a 14-year high of 6.5 percent, the government said Friday, up from 6.1 percent just a month earlier. And there was more grim news from U.S. automakers: Ford Motor Co. and General Motors Corp., American giants struggling to survive, each reported big losses and figured to be announcing even more job cuts before long.

Regulators, meanwhile, shut down Houston-based Franklin Bank and Security Pacific Bank in Los Angeles on Friday, bringing the number of failures of federally insured banks this year to 19.

Barack Obama, in his first news conference as president-elect, said the nation was facing the economic challenge of a lifetime but expressed confidence he could deal with it.

"Immediately after I become president, I'm going to confront this economic crisis head on by taking all necessary steps to ease the credit crisis, help hardworking families, and restore growth and prosperity," he said after meeting with economic advisers in Chicago. "I'm confident a new president can have an enormous impact."
Wall Street revived somewhat after two days of big losses. The Dow Jones industrials rose 248 points.

Still, the Labor Department's unemployment report provided stark evidence that the economy's health was deteriorating at an alarmingly rapid pace. The jobless rate was 4.8 percent just one year ago. Full Story...........
Posted by 1Teamster at 7:19 AM No comments: