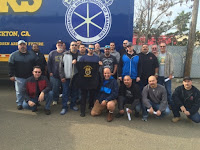 The U.S. Court of Appeals for the Seventh Circuit rejected FedEx Freight’s efforts to avoid bargaining with Teamsters Local 439 that had won an NLRB election covering the company’s drivers at its Stockton, California facility.

After Local 439 won an election, FedEx Freight refused to bargain and challenged the appropriateness of the bargaining unit.

This is the third Appellate Court to reject FedEx Freight’s effort to avoid bargaining with the Teamsters.

Read final judgment here
Posted by 1Teamster at 11:41 AM No comments:

Drivers at XPO Logistics in suburban Chicago voted for Teamster representation yesterday, as workers across the country stand shoulder-to-shoulder to fight for fairness and respect at the one of the world’s largest transportation and logistics companies.

The 74 drivers at the former Con-way Freight join workers in Miami; Laredo, Texas; and Vernon, Calif. who have already formed their union with the Teamsters. In addition, 127 XPO warehouse workers in North Haven, Conn. also voted for Teamster representation yesterday, and workers at XPO in King of Prussia, Pa. filed for an election on Oct. 11.

“The workers at XPO in Aurora and in North Haven, Conn. sent the company a message that ‘enough is enough,’” said Tyson Johnson, Director of the Teamsters Freight Division. “The workers are tired of being mistreated and not having a say in their work lives.”

“It’s a new day here in Aurora because the workers took the bold step of forming their union as Teamsters,” said Tom Flynn, President of Local 179 in Joliet, Ill. “We will work hard to negotiate a contract that addresses their issues.”

“Our victory is important to all of us because we have seen how XPO operates since taking over Con-way Freight,” said Cliff Phillips, a driver in Aurora. “XPO is treating us unfairly, denying us any voice on the job and just seems interested in the bottom line. But now we will fight back as Teamsters!”

The Aurora workers are seeking affordable and decent health care, retirement security, better working conditions and respect and dignity on the job. XPO is the second-largest freight brokerage provider and second-largest less-than-truckload carrier in North America.
Posted by 1Teamster at 11:35 AM No comments: 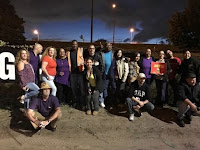 “This is all about us workers standing up to this corporate bully and demanding fair wages, affordable health insurance and an end to the mistreatment,” employee Ted Furman said. “XPO’s CEO, Bradley Jacobs, had the audacity to come to our warehouse and tell us we don’t need a union, and then he returned just a couple days before the election. Well, Mr. Jacobs, we are now proud Teamster members!”

The 127 workers join freight workers at the former Con-way Freight in Miami, Laredo, Texas and Vernon, Calif. who have already formed their union with the Teamsters. Also, freight workers in Aurora, Ill. chose Teamster representation yesterday, and XPO workers in King of Prussia, Pa. filed for an election on Oct. 11.

“The XPO warehouse workers have sent the company a message that they will no longer tolerate the poor treatment and low wages,” said Steve Vairma, Director of the Teamsters Warehouse Division. “I look forward to working with XPO workers at other warehouses who are demanding drastic changes in the way XPO treats its valuable employees.”

“Despite the company’s anti-worker, anti-union campaign, the workers in North Haven remained strong and united,” said Daniel Flanagan, Secretary-Treasurer of Local 443 in New Haven, Conn. “We will go to bat for them to win them the positive changes they deserve.”

Port, freight and warehouse workers at XPO are coming together across the country in their fight for a more secure future.
Posted by 1Teamster at 11:32 AM No comments: 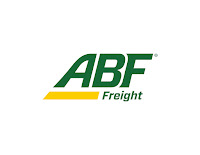 ABF Freight is proud to announce Ernie Wood, a professional driver based in Brattleboro, Vermont, has been named Driver of the Year by the Vermont Truck and Bus Association.

"Ernie richly deserves this recognition. He has driven for ABF Freight for 10 years, and during that time he has achieved a stellar safety record with zero accidents or injuries," said ABF Freight President Tim Thorne. "We applaud his professionalism and safety-first attitude, and we are proud he's on the ABF Freight team."

During his career, Wood has driven 19 years accident free. In the Vermont Truck Driving Championships, he has earned first-place honors twice, second place three times and third place once.

"It is with great pleasure that I congratulate Ernie Wood of ABF Freight as this year's Vermont Truck and Bus Association Driver of the Year," said Robert J. Sculley, VTBA executive director. "Mr. Wood is an example of the best of the best as he competed and finished with the highest score among all drivers in the Vermont Truck Driving Championships. We applaud his commitment to safety and thank ABF Freight and his wife and family for their support of Ernie as he represents our great industry on the highways of Vermont."
Posted by 1Teamster at 11:26 AM No comments:

When most people set their priorities, family is at the top of their list. Family comes first. That sentiment is one of the big things that drove the Holland Wheeling, IL Maintenance Shop to reach the safety milestone of six years without a lost-time accident.

"Wheeling is one of the smallest of our ten maintenance shops, but they’ve got a big workload," explains Paul Childers, Holland Area Safety Manager. "They treat one another like family, and that includes looking out for each another’s safety. Everyone there wants to be sure that none of their Holland family members goes home hurt. That’s true of several shops in my area, but it’s especially true in Wheeling."

Someone did the math on the total hours of time worked by the seven-man Wheeling crew without a lost-time accident and came up with a cumulative of 91 man-years.

"We do the same thing most of our shops do to keep people focused on safety," says Wheeling Maintenance Shop manager Bob Carlisle. "That includes safety briefings prior to every shift. We also focus on keeping the shop very clean. When the guys go home at the end of their shift, they leave their bays clean. This helps prevent hazards for both the guys who work in the shop as well as the drivers and other people who visit. We’re a team, and we work together as a team towards all of our goals here at Holland"

Bob’s team keeps their shop looking good, and the mechanics in the shop will be looking a bit sharper as well. As a small thank gift to recognize their safety accomplishment, they each received a new Carhartt winter coat and a celebratory cookout.

While the Wheeling team has an impressive safety record, the Holland Indianapolis shop is the current safety milestone leader, having achieved over ten years without a lost-time accident.

"Our new goal is to earn that #1 spot," Bob says. "I am confident we can do it because, here in Wheeling, we do the things we set our minds to achieving!"
Posted by 1Teamster at 11:14 AM No comments: