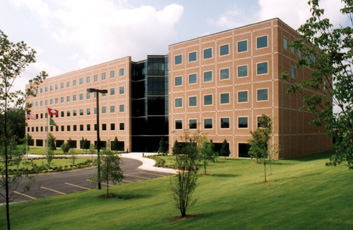 Mr. Evans joined ABF as a management trainee in 1979. Upon completion of training, he became an operations supervisor in Little Rock, Ark. He was promoted to branch manager in Newport, Ark., in 1980 and later served as branch manager for various service centers including Atlanta, Ga., and Little Rock, Ark. In 1994, he was promoted to regional vice president of sales based in Kansas City, Mo. He has served in his current position since 1997.

"David brings a broad and diverse base of experience into his new assignment, which will serve ABF and its customers well," said ABF President and Chief Operating Officer Wes Kemp. "ABF enjoys an excellent rapport with its employees. David is the right choice to continue that tradition of quality performance."

Mr. Evans assumes the position being vacated by A.J. Phillips, who is retiring from the company on May 31, 2009, after 37 years of service.
Posted by 1Teamster at 11:53 AM No comments:

FedEx said it may not buy 30 more Boeing 777 freighters if a federal law is changed to make it easier for its employees to join a union.

Following through on those orders and options, with a list price of $7.7 billion, depends on FedEx employees continuing to be under the Railway Labor Act, the company said.

That law, which covers FedEx workers because the company was founded as an airline, requires a national vote if employees want union representation.

Legislation approved by a U.S. House panel March 5 would make it easier for drivers of Memphis, Tenn.-based FedEx to vote locally to join unions, by placing the company under the National Labor Relations Act.

FedEx's larger rival, United Parcel Service, backs the proposed change, saying it would even the playing field. About half of UPS' employees belong to the Teamsters union, while FedEx's only unionized group is its pilots.

The Teamsters have been trying to win representation of FedEx drivers for years.

"If the regulatory and congressional environment remains hostile, there is virtual uncertainty over how we'd proceed," FedEx spokesman Maury Lane said Tuesday.

The change would "stymie competition and create an economic roadblock to recovery," he said.

"FedEx is an important Boeing customer and we understand the company's concerns about the proposed legislation," said Boeing spokesman Jim Proulx.

Boeing hasn't taken a position on the provision that would affect FedEx workers, he said.
Posted by 1Teamster at 8:49 AM No comments:

WIll a Much Smaller YRC Regional Unit Be Profitable?

YRC is making moves to close 11 terminals in the Northeast that belonged to the former USF Holland unit, now a part of the money-losing YRC Regional trucking operation. The closings include terminals in Harrisburg, Allentown, Bedford, DuBois, Wilkes-Barre and Philadelphia. The move comes after parent YRC Worldwide has lost more than $1.6 billion the last two years.

It's begun. The new "downsized" YRC Worldwide is under way.

Once nearly a $10 billion company with nearly a 30 percent market share in the $34 billion LTL market, YRC Worldwide has begun shuttering terminals, laying off workers and sharply curtailing the size of its money-losing YRC Regional unit.

Parent YRC Worldwide has lost in excess of $1.6 billion in the past two years. Whether it is profitable in the first quarter of 2009 is highly doubtful, and most major trucking companies are suffering from a sharp downturn in freight demand due to the recession.

One can reasonable expect that YRC's customers will now be served by its New Penn subsidiary, which it bought as part of the $1.1 billion purchase of Roadway Express in 2003. At the time, Roadway and New Penn were both profitable.

The USF Holland unit came with YRC's $1.2 billion purchase of USF Corp. in 2005 in the climax of YRC's buying binge. As a result of those purchases, which are suspect in retrospect, YRC is a highly leveraged company that is being forced to sell off and close assets to avoid being in violation of loan covenants.

The closings also are an opening for the likes of FedEx Freight, UPS Freight, New England Motor Freight and Estes Express to expand their business in the highly competitive Northeast LTL picture. You can also add Con-way Freight to that mix.

It's probably never been a better time to be a shipper of freight in the Northeast. If shippers cannot negotiate at least a 60 percent discount off list rates in this region now, they never will. A large customer such as Home Depot or Lowe's is probably worth a 70 percent-plus discount.

YRC probably doesn't have much choice but to close these underperforming and overlapping assets, given its precarious financial condition. Competitors are asking whether YRC will survive, and moves such as these only add fuel to the fire as the speculation about YRC continues in the market place.
Posted by 1Teamster at 8:41 AM No comments:

YRC sues former president of one of its carriers

YRC Worldwide Inc. has sued a former president of one of its carriers, seeking damages for allegedly using company secrets after joining a rival trucker.

The federal suit in Kansas City, Kan., was filed late last month against Robert G. Zimmerman of R+L Carriers Inc. According to the suit, Zimmerman was president from June 2005 to April 2007 of USF Holland Inc., YRC’s biggest regional carrier.

As YRC has cut costs, consolidated operations and reduced staff, several reports have surfaced of rival carriers contacting YRC customers in hopes of getting them to switch their business. This is the first known lawsuit YRC has filed locally against a high-ranking former executive alleging confidential information has been disclosed to a rival company.

The following account is based on Overland Park-based YRC’s lawsuit:

Zimmerman signed a separation agreement with YRC and Holland that provided separation pay and benefits in excess of $75,000. In consideration for the payment, the pact also stated that Zimmerman agreed he would “not, directly or indirectly, use for any purpose, or disclose to any person or entity, any confidential information.”

Late last year, Zimmerman was hired at R+L Carriers, based in Wilmington, Ohio, in a position “nearly identical” to the one he held at USF Holland, according to the suit. Around that same time, several YRC employees left and joined Zimmerman at R+L. They included former vice president of sales Ken Sustarsic and ex-director of sales Tom Doan.

In late December, Doan allegedly e-mailed a spreadsheet to R+L’s sales staff with confidential information on nearly 3,000 YRC customers, encouraging the staff to solicit their business.

In January, YRC sued Doan and Sustarsic in an Ohio court and won a temporary restraining order that they cease using the confidential information and cease contacting YRC customers.

Although he was notified of the lawsuit and court order, “Zimmerman has failed to take any measures to protect against the direct or indirect use or disclosure of YRCW’s confidential information.”

YRC contends Zimmerman has breached the separation agreement and is seeking damages in excess of $75,000.

Zimmerman could not be reached last week at R+L’s headquarters. A YRC spokeswoman said the company did not comment on ongoing litigation.
Posted by 1Teamster at 2:14 PM No comments: