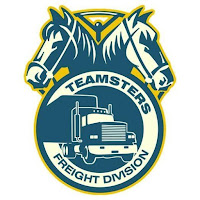 The current 2013-2018 contract expires at the end of this month. After several weeks of progress on language issues, the inevitable topic of pay and benefits has now been formally opened. As expected at this stage, the parties appear far apart, but the union is committed to fighting hard to maintain the current structure of health care and retirement benefits that are extremely important to the membership. The union also made clear to the company that it believes the robust economic environment for trucking services that has improved over the past year, along with the demand for seasoned drivers and the valued services of all ABF Teamsters, should be reflected in any economic settlement.

The company did not provide an immediate counter offer and instead is taking time to study the union’s economic proposal. Nevertheless, the parties continued working to address some outstanding language issues as well as some supplemental issues.

“I would have liked more back and forth this week in terms of economic discussions but I hope the company takes the next several days to appreciate the important contributions that all Teamsters make to the long-term success of this company,” said Ernie Soehl, Co-Chairman of TNFINC and the union’s lead negotiator. “We will have small group meetings next week to better analyze each party’s positions, and then fully resume talks on March 26 with the goal of reaching a new agreement by the month’s end.”

Members of the National Negotiating Committee also took time this week to visit the ABF Kansas City terminal and speak directly with members.

“Our ABF membership is an outstanding group of freight Teamsters who value both the company’s historic success and the Teamster’s role in making that happen,” Soehl said. “One thing was made clear: they really expect ABF to step up and do the right thing during these difficult contract negotiations.

We are now in the most difficult phase of these important talks but remain united and committed as a bargaining team to reaching a tentative agreement that meets both the goals of the membership while also allowing the company to maintain and grow its successful position in the trucking industry. The continued support of the membership over the next couple of weeks will be absolutely critical toward the positive and successful resolution of these talks,” Soehl said.
Posted by 1Teamster at 1:59 PM