In Latest Victories, About 115 Drivers, Dockworkers Will Join Teamsters

An overwhelming majority of about 115 workers at the UPS Freight terminals in Florida have signed authorization cards to become Teamsters, bringing the total number of drivers and dockworkers seeking to join the union to more than 9,700 since January 16, Teamsters General President Jim Hoffa announced.

The workers are seeking to join Local 769 which includes the cities of Miami, West Palm Beach and Fort Lauderdale.

"More and more UPS Freight workers nationwide are signing cards every day, far exceeding my expectations," said Ken Hall, Director of the Teamsters Package Division. "We look forward to having them join the Teamsters and we will make certain they get a contract that rewards them for their hard work."

"The workers here in Florida will have more protections for themselves and their families with a Teamster contract," said Michael Scott, President of Local 769. "These workers have a much brighter future ahead of them now."
Posted by 1Teamster at 3:28 PM No comments:

In Latest Victories, About 210 Drivers, Dockworkers Will Join Teamsters

An overwhelming majority of about 210 workers at the UPS Freight terminals in Alabama, Georgia, New York, Missouri, Ohio and Wisconsin have signed authorization cards to become Teamsters, bringing the total number of drivers and dockworkers seeking to join the union to more than 9,600 since January 16, Teamsters General President Jim Hoffa announced.

The workers are seeking to join Local 528 which includes Phenix City, Alabama, and the Georgia cities of Macon, Gainesville and Tifton; Local 118 in Rochester, New York; Local 695 in Madison, Wisconsin; Local 245 in Springfield, Missouri; Local 612 in Montgomery, Alabama; and Local 40 in Mansfield, Ohio.

“These workers wanted to join the Teamsters and have been looking forward to this moment for some time now,” said Don Toney, President of Local 528. “Once they were given the opportunity they jumped at the chance.”

“This victory is going to improve working conditions and give the workers job security,” said Wayne Schultz, Secretary-Treasurer of Local 695. “I’d like to thank IBT Organizer Andy Anderetti, who did a wonderful job for us.”

“It’s a great day for the workers who have waited so long to join the Teamsters,” said Steven Mazza, President of Local 118. “We look forward to getting them a great contract that will give them peace of mind for the future.”

“I would like to thank Local 245 Organizer Harvey Ritter for a job well done,” said Jim Kabell, Secretary-Treasurer of Local 245. “The workers look forward to having several issues corrected at the terminal and we’re glad to welcome them as Teamsters.”

“This is one of the greatest organizing victories for the Teamsters, and we are proud to have these new members join us,” said Larry Shaw, President of Local 40.
Posted by 1Teamster at 10:48 AM No comments:

The tentative UPS Freight Agreement was unanimously recommended at the national two-person meeting today by representatives from locals that have submitted cards from UPS Freight workers to join the Teamsters. The agreement will be voted on between now and April 6th in union halls nationwide by UPS Freight members.

Teamsters Package Division Director Ken Hall went over the contract in detail during the meeting. Afterward, several union leaders praised Hall and other IBT officials for crafting a plan that facilitated the process of signing up 9,600 UPS Freight workers in 90 days. There are 12,600 UPS Freight workers eligible to become Teamsters.

During his address to the crowd, General President Jim Hoffa remarked on the large number of UPS Freight workers who had signed cards since Jan. 16th.

“90 days, 9,600 new members. That is an historic and defining moment for the Teamsters,” Hoffa said. “This is the Teamster way of providing job protection and good benefits for workers.”

“I came out of freight, and I have spent a lifetime representing freight workers,” said General Secretary-Treasurer Tom Keegel. “This is a real break-through in this industry. This victory demonstrates to other non-union workers the value of a contract in the freight industry.”

Hall said the number of members currently signed has far exceeded his expectations.

“This is the best example I have seen of this entire union working together,” Hall said. “Our local unions have absolutely done an incredible job of going out and signing up these people.”

The contract covers workers in dozens of local unions, and will go into effect once the UPS workers ratify it. The agreement will be in effect until July 31, 2013.

Gary Witlen, Director of the IBT’s Legal Department, explained to the local union leaders how the vote must be conducted.
Posted by 1Teamster at 11:36 PM No comments:

In a release Monday, YRC Logistics, a unit of Overland Park-based YRC Worldwide Inc. said it is expanding its global logistics services into Mexico by providing international air and ocean freight-forwarding services to clients. The new services are in addition to the transportation, distribution and cross-border services that YRC Logistics already offered in Mexico.

Starting immediately, YRC Logistics' team in Mexico is handling global shipments into and out of Mexico managed from the YRC Logistics office in Mexico City
Posted by 1Teamster at 10:11 AM No comments:

``You've got to move wood, hardware, appliances to build homes and it all plays into creating more freight for the overall economy,'' said Art Hatfield, an analyst at Morgan Keegan Inc. in Memphis, Tennessee, who rates the company ``outperform.''

YRC Worldwide led the five stocks on Standard & Poor's Midcap Trucking Index higher as investors bet that the worst of the housing slump's drag on the economy and freight demand may be passing. U.S. home sales may be ``close to a bottom'' Brian Bethune, an economist at Global Insight Inc., said in an interview today.

Sales of existing homes in the U.S. increased 2.9 percent in February to an annual rate of 5.03 million, the National Association of Realtors said today in Washington.

The stock fell 69 percent in the 12 months before today, compared with a 28 percent decline by the S&P Midcap Trucking Index that includes Overland Park, Kansas-based YRC.
Posted by 1Teamster at 10:01 AM No comments:

An overwhelming majority of about 345 workers at the UPS Freight terminal in Columbus, Ohio have signed authorization cards to become Teamsters, bringing the total number of drivers and dockworkers seeking to join the union to more than 9,400 since January 16, Teamsters General President Jim Hoffa announced. The workers are seeking to join Local 413.

“These workers have fought so hard for years to get strong union representation with the Teamsters and now they have it,” said Ken Hall, Director of the Teamsters Package Division. “We will give these workers a stronger voice in the workplace and a contract they deserve.”

“This victory means everything in the world to these workers,” said Tony Jones, President of Local 413. “The Teamsters will get them better benefits, wages and job security. The workers are very excited and happy to finally become Teamsters, and we are just as excited to represent them.”
Posted by 1Teamster at 9:29 PM No comments:

A trucker's strike may be looming on the horizon. Many independent over the road truck drivers are fed up with rising fuel and insurance costs and are looking into organizing and trying to join together to take rigs off the road and that would mean shortages at supermarkets, convenience stores and if it was carried out to the extreme, eventually at every retail outlet in America. Everything that gets delivered to a retail store in your city or town is eventually delivered by a truck, and if it were highly organized a strike could paralyze the economy.

But is real or a hoax? In 2005 there were rumors all over that there would be a strike then as well and there were several reports that Teamsters would be involved and many received an e-mail that said in part, "Warning: Truckers unions losing patience with the Federal Government and the U.S. Oil Companies…Under pressure, major freight carriers strike early agreements with Teamsters Union. 88,000 unionized truckers are getting the brunt of fuel costs, the major Truckers Unions and drivers has had about enough of getting ripped off. With truckers unions and drivers claiming unreal fuel expenses the unrest and shift is beginning to give birth to a National Truckers Strike."


That was a hoax, and though this one appears to be much smaller it does seem to be legitimate and a report notes that it is being started online and it is total grass roots. So what could they accomplish if truckers took a week off, what about a month? It would be devastating. According to a report from the Quad City Times, there are roughly 1,000 truckers now saying that they will strike on April 1, and it appears not to be an April Fool's Day joke despite the day the strike will reportedly begin.

It seems a bit under organized at this point and many truckers interviewed by the paper had not heard of the looming strike, but some independent drivers seem to suggest they would join in. Dan Little, the organizer says he knows that the strike can't bring down the price of Diesel (over $4.00 per gallon in many states) but he wants help to try and bring attention to the problems truckers are now facing and he hopes to highlight the need to bring down insurance costs and he would like the government to suspend the tax on Diesel fuel to help the truck driver's that are going broke because of rising prices.
Posted by 1Teamster at 8:13 AM 1 comment: 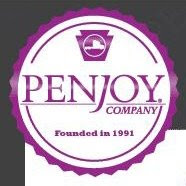 When it comes to selling Mack and Freightliner trucks, few dealers can match Penjoy Co.

Owners Allen and Linda Zook say they've sold about 12,000 trucks since May 2006, when they took over the Mount Joy firm.

Of course, at that price, the trucks are so small they can't haul much more than the customers' logos. But for promotional purchases, that's enough.

And unlike most dealers of full-size models, Penjoy actually assembles and paints the one-sixtyfourth-scale trucks it sells.

The metal parts are die-cast at Deco Products in Decorah, Iowa, and shipped to Mount Joy for finishing. The rubber and plastic parts are made by Master Tool and Mold in York.

Despite being just a few inches long, Penjoy's trucks have as many as 57 parts, said Allen Zook, the company's president.

Once the parts are cleaned up and "painted" with a baked-on powder finish, it takes about a day and a half for an employee to put 100 trucks together, he said. Full Story.....
Posted by 1Teamster at 1:35 PM No comments: