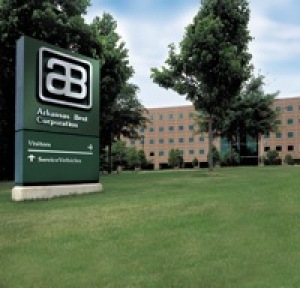 Arkansas Best Corporation (Nasdaq: ABFS) will announce its first quarter 2012 results, prior to the opening of the market, on Friday, April 27, 2012. A conference call with company executives will be held that day at 9:30 a.m. ET (8:30 a.m. CT) to discuss these results. 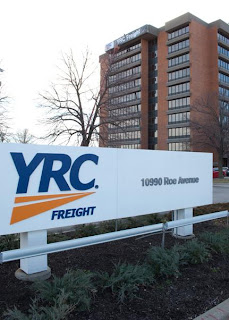 YRC Worldwide Inc., the trucker whose credit-default swaps surged as bondholders guard against losses, said it can service its debt as long as business continues improving.

“Our customers are telling us a different side of the story versus what some of the analysts may say, or some of these CDS folks,” Chief Executive Officer James Welch said in an interview. “Our business is growing. We’ve had double-digit growth.”

YRC has won some new customers after losing market share during a 2009 restructuring that helped prevent bankruptcy, Welch said in an interview with Kathleen Hays and Vonnie Quinn on “The Hays Advantage.”

Revenue climbed 12 percent last year after falling every year since 2006 as the money-losing trucker struggled to integrate companies it purchased in 2003 and 2005.

Credit-default swaps tied to the Overland Park, Kansas- based company surged to the highest since October 2009 this week before paring some of the gains. Yesterday’s price implies a 91 percent chance of default, according to data provider CMA.  Full Story............

YRC Worldwide received “multiple bids” for more than 60 facilities put up for sale via a sealed-bid auction and is analyzing those offers, a company spokesperson said.

No final decisions have been made on the properties, which are mostly vacant. YRC Worldwide and NRC Realty & Capital Advisors launched the auction in January.

The deadline for bids on the properties, ranging from a six-door facility in Temple, Texas to a 349-door cross-dock complex in Kernersville, N.C., was March 29.

Altogether, the terminals and offices for sale represent plenty of capacity for less-than-truckload carriers looking to expand, about 2,300 dock doors in total.  Full Story........... 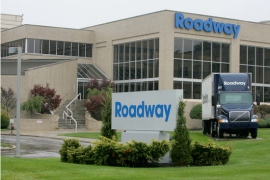 “This is our family. The friendship will never end,” said Lee Cramer, 55, of Brimfield Township, who left the company in 2008 to move to California, but ended up staying in the area because of the poor housing market.

The gathering of current and former workers marked the end of the company’s days in the former Roadway Express building at 1077 GorgeBlvd.

The headquarters, built in 1962, has been part of the struggling Kansas-based trucking company since Roadway merged with Yellow Corp. in 2003.

Employees were told Friday they had to leave the building by 11 a.m. They had first learned of the closing on Jan. 5.

About 100 people who lost their jobs were spending their last day at work there. Others are being transferred to terminals in Copley and Richfield and to a leased facility on Tallmadge Avenue.  Full Story............