Carrying on the trucking tradition 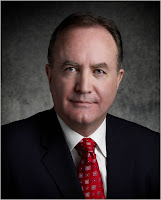 James Welch, the transportation industry veteran recently named CEO of YRC Worldwide, is serious when he says "trucking is in my blood."

My dad was a trucker for 41 years," says Welch. "He started working on the dock, then became a road driver. He spent the last 27 years of his career in linehaul as a dispatcher."

While much has changed since Welch visited his dad at work, the essence of the experience remains the same.

We'd walk around the dock on a Saturday or Sunday and Dad would show me all the different kinds of freight," Welch says. "I was always interested in what this stuff was and what made it move. I was fascinated with our business back then, and I still am."

Now, with more than 30 years of experience in transportation, Welch is proud to be one of many YRC employees who grew up in the business. Talk with our professionals--on the road, the docks and in offices--and you'll find that many of them followed in a parent's footsteps. Their work is an investment of time and heart, and they're not alone: The average years of service for a YRC employee is more than 16.

Does that make a difference to you? Absolutely.

Our experience and determination will make a huge difference in the days and weeks ahead," says Welch. "The recent restructuring gives us the financial runway necessary to turn things around. Now it's up to us. We really need to bear down and do the things that give our customers confidence. I'm confident we can make this company strong and keep it going forward for many more years."
Posted by 1Teamster at 10:03 AM No comments:

The majorities in these terminals were certified by an independent arbitrator less than two months after Hall’s announcement at the 28th International Convention that the Teamsters were victorious in winning a card-check agreement at UPS Freight covering nearly 1,000 operations clerks.

“The UPS Freight clerks are eager for a strong contract that only Teamster representation can provide, and I’m pleased to welcome our newest Teamsters,” Hall said.

The clerks are both full-time and part-time workers whose jobs it is to see to it that freight dispatch, billings and operations run smoothly at UPS Freight terminals. They work side by side with Teamster drivers and dockworkers, and saw firsthand the strength that comes with joining the Teamsters Union as former Overnite workers.

The Teamsters Union organized more than 12,000 drivers and dockworkers at UPS Freight, also under a card-check agreement.

“There are some very excited clerks in Indianapolis who have been interested in joining the union since 2006, when the UPS Freight organizing drive began here,” said Brian Buhle, International Vice President and Secretary-Treasurer of Local 135.

The clerical workers in Long Island who signed cards and are now represented by the Teamsters are eager for more workers to sign cards, so we can get down to the business of negotiating a contract for them,” said. Kevin McCaffrey, President of Teamsters Local 707 in New York.
Posted by 1Teamster at 9:54 AM No comments:

YRC Worldwide Inc. is pleased to announce its companies are the recipients of six awards across five categories in the 2011 Quest for Quality readership survey by Logistics Management magazine.

"It is an honor for our companies to be recognized again this year by Logistics Management," said James Welch, chief executive officer - YRC Worldwide. "The survey results demonstrate that our customers value flexible solutions and reliable services. We continue to be committed to delivering on these expectations at all operating companies."

Quest for Quality awards are determined by the readers of Logistics Management magazine. This year, 4,575 logistics and supply chain decision makers completed the survey, which rates providers on the attributes of on-time performance, value, customer service, information technology and equipment/operations. Third-party logistics providers are rated on carrier selection/negotiation, order fulfillment, transportation/distribution, inventory management, and logistics information systems.
Posted by 1Teamster at 9:49 AM No comments: 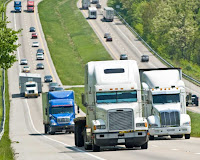 Trucking joined several other sectors in a July slowdown that was the third pullback in the past four months, according to the latest data from the American Trucking Associations.

Even the June figure was lower. ATA’s advance seasonally adjusted index of for-hire truck tonnage initially showed a 2.8 percent increase in June.
The index now stands at 114, with the year 2000 equal to 100 on the index, down from 115.5 in June. Full Story.......
Posted by 1Teamster at 10:20 AM No comments: