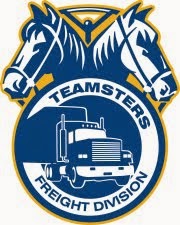 On Friday, January 2, YRCW announced it was restructuring its employment relationships with its CEO James Welch and its CFO Jamie Pierson. The Teamsters National Freight Industry Negotiating Committee had no prior knowledge of the January 2 announcement although we were aware that both Welch and Pierson’s existing four-year contracts were expiring in 2015.

Since the Friday announcement we reviewed the various news reports, filings the company made with the Securities and Exchange Commission (SEC), and have spoken with members of the board of directors and CEO Welch to understand terms and changes in the employment relationships of Welch and Pierson. We are confident that the changes announced on January 2 do NOT contain any cash compensation for the termination of their contracts. With respect to stock, there were no additional allocations of stock that weren’t already part of their existing arrangements with the company.

Contrary to what was suggested in some news reports (that were later clarified) and misinformation being circulated, we wanted to provide a summary of the facts based on our review of the filings. Below is a factual summary of the changes in YRCW’s employment relationship with Welch and Pierson.

Guaranteed total grant of 2% (1% for Pierson) of outstanding shares by the end of their contract.
Removed. Will require CEO and CFO to maintain a set minimum level of stock ownership to ensure that they share in the success or failure of the business.

As part of the transition to the “at-will” status YRCW terminated the old contracts but fulfilled its stock obligations under those contracts by issuing the outstanding awards but maintained a vesting schedule (ability to sell those awards) through February 2016 (although slightly accelerated when compared  to the original contract terms).

The second component of the transition to the “at-will” status for both executives is the severance agreement. Previously the contracts were guaranteed so there was no need for a severance agreement. Now both executives can be terminated without cause with severance or for cause without severance.  If they leave without a good reason they are also ineligible for severance. Severance payments only apply for terminations without cause, voluntary separation for a defined reason, or a change in control (ownership of the company).

We are confident that the changes announced on January 2 do NOT provide new or increased bonuses to YRCW’s top officers.  With that said, this change did offer TNFINC another opportunity to raise our concerns about outsized increases, stock awards or other bonuses-- which is timely as the Board will be considering the 2015 compensation package for the CEO and CFO between now and the company’s annual meeting (usually held in late April or early May). TNFINC will continue to press both the YRCW management team and the Board of Directors to remember the sacrifices that have been made by the rank-and-file and implement a fair and sensible compensation package for YRCW’s top officers.
Posted by 1Teamster at 2:23 PM No comments: 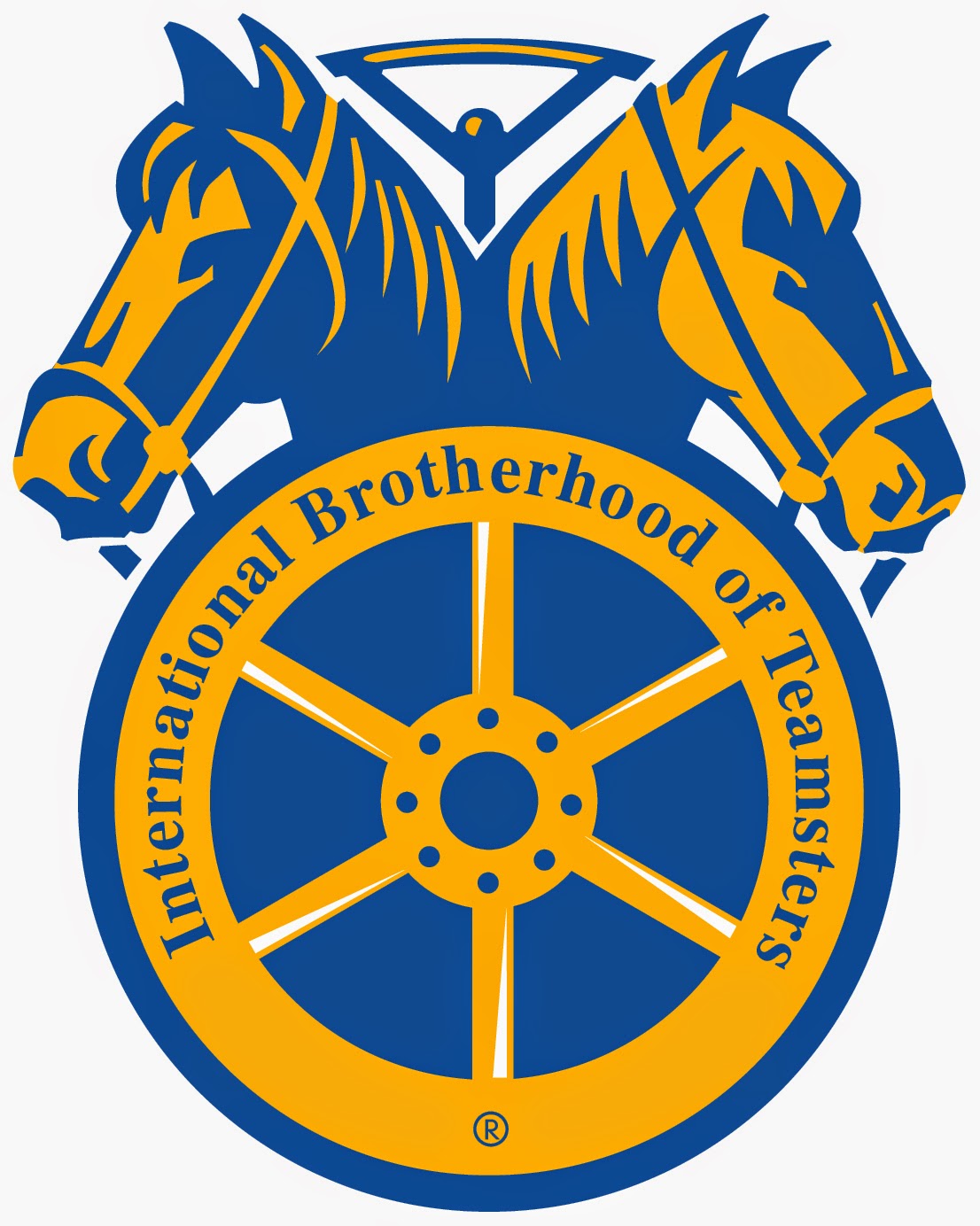 The following is the official statement of Teamsters General President Jim Hoffa in response to the Department of Transportation’s announcement that it will open the border to trucks domiciled in Mexico this year.

“I am outraged that the Department of Transportation has chosen to ignore the findings of the DOT Inspector General and is moving forward with a plan to open the border to Mexican trucks in the coming months.

“One thing was made clear in the IG’s report – the pilot program was a failure. It did not provide enough data for the IG to determine with any confidence that the trucks participating in the program were representative of those that could be permitted in the future. Nor could the IG project the safety performance of Mexico-domiciled carriers based on the data collected from the pilot program.

“This policy change by the DOT flies in the face of common sense and ignores the statutory and regulatory requirements of a pilot program. Allowing untested, Mexican trucks to travel our highways is a mistake of the highest order and it’s the driving public that will be put at risk by the DOT’s rash decision.”
Posted by 1Teamster at 2:05 PM No comments: 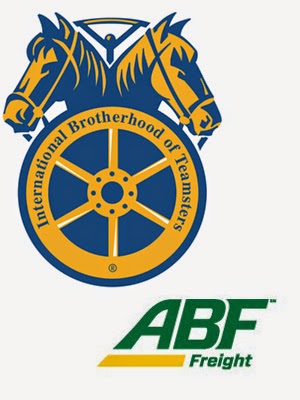 ● Teamsters Military Assistance Program proclaimed jointly by the U.S. Army, Teamsters and ABF Freight
● TMAP will train soldiers to become professional truck drivers upon their exit from the Army

“ABF Freight and the Teamsters have worked as partners for over 50 years,” Thorne said. “As a veteran who understands the needs of transitioning soldiers, I am proud our company can serve as a resource for future veterans to exit with a clear path to a new career.”

Through TMAP, qualifying soldiers will receive training to earn a Class A Commercial Driver’s License and Hazardous Material Certification. Experienced ABF Freight professional drivers will provide a mix of classroom instruction and hands-on driving training during the soldiers’ final weeks of enlistment. Successful completion of the program sets the future veteran on a career path as a professional driver with ABF Freight with excellent pay and benefits.

“During this program, if soldiers provide the will to succeed, then our team will teach them the skill to not only meet but exceed certification requirements,” Thorne said.
Posted by 1Teamster at 1:29 PM No comments: 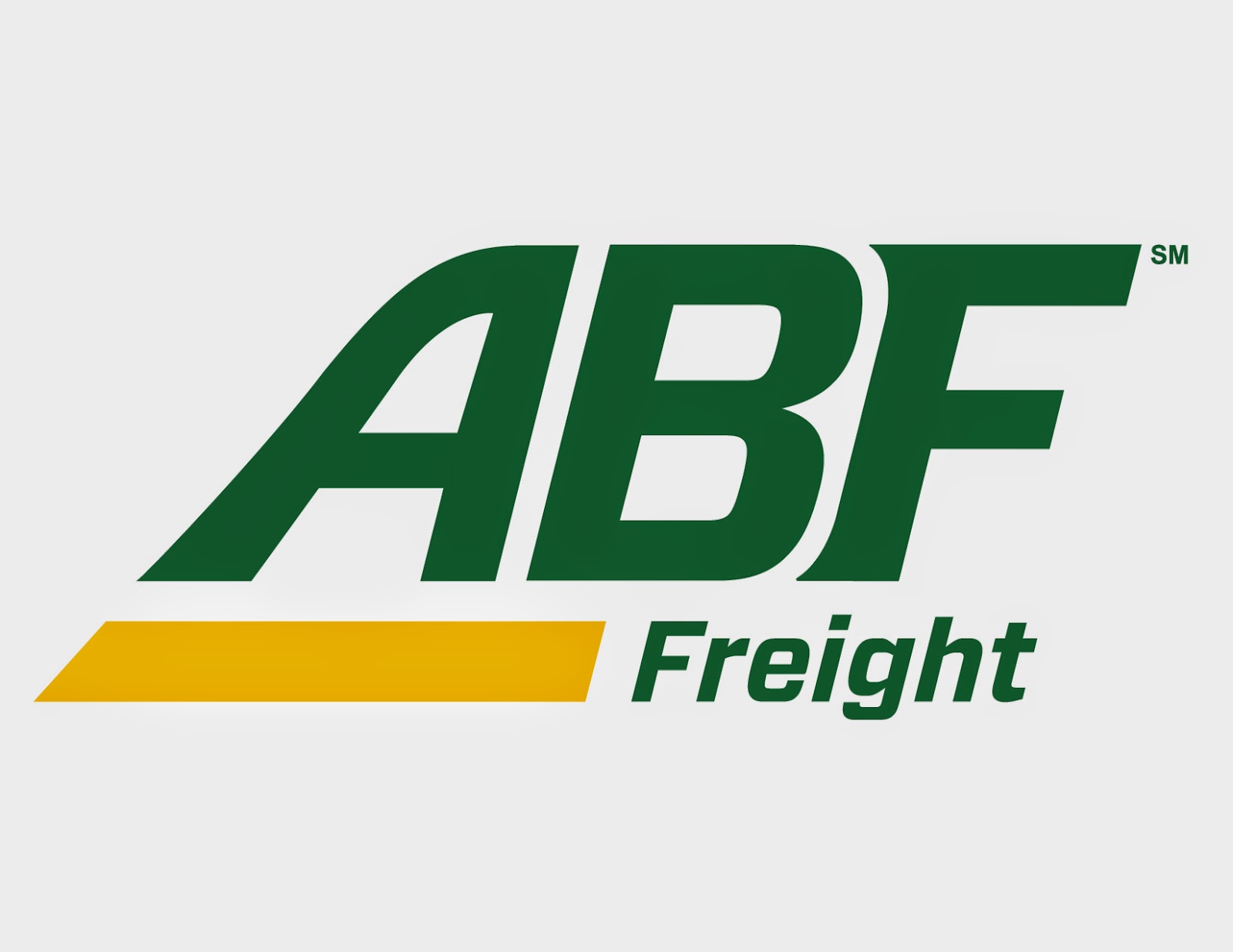 The drivers join an elite group of 19 captains chosen to represent the industry and promote highway safety. Each of the three ABF Freight drivers has driven professionally for over 30 years with more than 3 million miles accident free.

“Kirk, Bill and Chad are among the best of the many ABF Freight professional drivers who safely protect and deliver the goods entrusted to us on a daily basis – providing unmatched value-added transportation solutions for our customers. These are consummate professionals and excellent role models for the trucking industry at large,” said ABF Freight President Tim Thorne.

The captains were selected from a group of 31 finalists who competed this week before a panel of judges from the trucking industry and related fields. The competition included a review of trucking industry expertise and a demonstration of their communication skills, combined with their community service and lifetime safety records.

America's Road Team Captains travel the country speaking on behalf of the trucking industry to communities, news media and public officials. They address transportation and safety issues and offer advice on how to safely share the road with tractor-trailers. They also speak with fellow drivers, driver training students and corporate safety officers within the industry. As captains, they also will have opportunities to present trucking and safety issues before public officials at the national, state and local levels.
Posted by 1Teamster at 1:24 PM No comments:

YRC Worldwide Inc. today announced that on Thursday, February 5, 2015, at 4:30 p.m. ET, 3:30 p.m. CT, company executives will host a conference call with the investment community to discuss fourth quarter and year-end financial results. Fourth quarter and year-end earnings will be released the same day, Thursday, February 5, 2015, following the close of the market.


The call will be webcast and can be accessed live or as a replay via the YRC Worldwide website yrcw.com.
Posted by 1Teamster at 1:12 PM No comments:

Simpson is one of just 19 professional truck drivers who have been chosen nation-wide. Stated ATA President and CEO Bill Graves, "America's Road Team represents the best of what trucking can be: dedication to safety, professionalism and pride in an industry that delivers life's essentials every day. These 19 outstanding professionals join a select fraternity. Since 1986, America's Road Team has delivered the message of safety to millions, and I'm proud that these individuals will now be representing our industry."

Holland professional driver Russ Simpson has been driving for over 28 years and has spent almost 22 of those years with Holland. Simpson operates as a city driver out of the Holland Columbus, Ohio terminal and has driven more than 2.5 million accident-free miles. He has taken part in state and national truck driving competitions since 2008 securing three trophies and placing in the top three during all the other years.

"We are extremely proud of Russ for this achievement, as well as for his many other safety achievements," said Scott Ware, president of Holland. "Russ, a third generation truck driver, is on our Safety Committee and was our first New Hire Mentor to train new drivers at our Columbus, Ohio terminal. For almost 22 years with Holland, Russ has demonstrated an exemplary commitment to safety and professionalism. He has led many efforts to improve safety in Holland. He approaches each day with enthusiasm. We are thankful to have drivers like Russ in the cabs of our fleet. Their skill and dedication provide our customers with the safest, most reliable service possible, year round."
Posted by 1Teamster at 1:08 PM No comments: