For Sale: One Trucking Company's Headquarters. Not Its Business.

YRC Worldwide, which has been closing terminals and selling others to raise cash, has solid its Overland Park, Kan., headquarters for $22.5 million to a group of Kansas City investors. The motive for the sale is similar to what YRC has been doing elsewhere in its operations. Desperate for cash to avoid running aground of its debt covenants, YRC is using the cash to "enhance its liquidity position," according to an e-mail from the company to the Kansas City Business Journal, which broke the story.

What do you do when almost nothing else has worked? Sell the building.

In a sale-leaseback arrangement disclosed by the Kansas City Business Journal, YRC could gain as much as $22.5 million from the sale of its 30-year-old building on the outskirts of Kansas City.

The local Johnson County tax office lists the property's appraised value at close to $25 million, according to the business newspaper.

YRC won't be vacating the premises. Instead, it will lease back at least part of the building for an undisclosed fee.

On this score, YRC has torn a page out of the playbook of the International Brotherhood of Teamsters union (IBT). A few years ago, when the IBT finances were in a shambles, the union mortgaged its so-called "Marble Palace" headquarters with its million-dollar view of the U.S. Capitol building in Washington, D.C.

Center of the country now three days from either coast

UPS Freight, the less-than-truckload division of UPS, cut transit times between northeast Kansas and more than 70 cities from California to Virginia.

In addition, as a result of the direct routing, Houston, Nashville and New Orleans all fall into an expanded two-day window for the three northeast Kansas locales, UPS said. Freight destined for Northeast Kansas from as far as Los Angeles and San Diego and Norfolk and Richmond, Va., will arrive within three business days.

Overall, the company has reduced transit times on some 16,000 lanes over the past two years.
Posted by 1Teamster at 8:06 AM No comments: 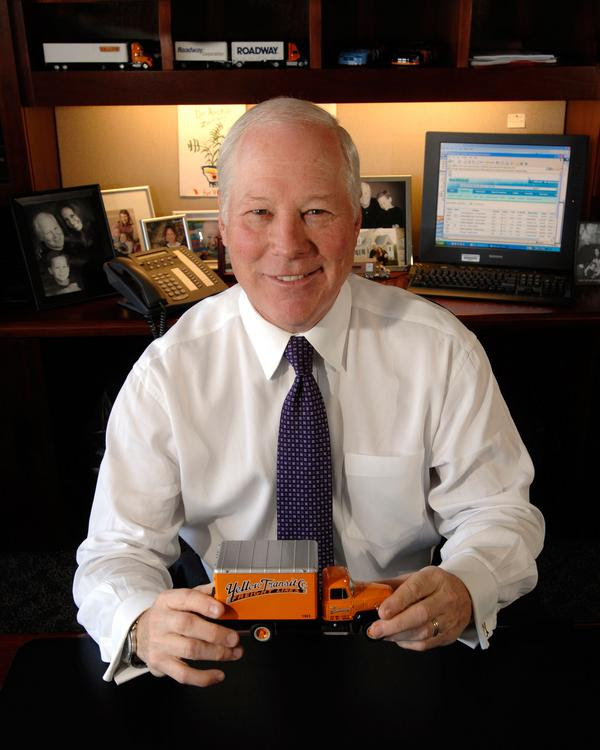 This story appears in the May 25 print edition of Transport Topics.

YRC Worldwide Inc. has received relief from lenders who waived an earnings target for the second quarter, and company head William Zollars said the less-than-truckload carrier’s performance is improving because of several cost-cutting moves, including potential pension-payment relief from the Teamsters union.

The company acknowledged reports that the unionized less-than-truckload carrier also is considering an application for $1 billion in aid from the federal Troubled Assets Relief Program to defray pension costs that currently are a cash drain.

“We are in the process of finishing negotiations with pension funds,” said Zollars, chief executive officer. He declined to give a date when he expected those talks would conclude. YRC hopes to save cash by replacing cash pension payments, now ranging from $34 million to $45 million a month, with pledging of real estate collateral.

Zollars, who spoke May 19 at the Wolfe Research Global Transportation Conference here, said the company was making progress in recovering business diverted when its Roadway and Yellow Transportation LTL units were integrated two months ago. The company has regained three to four percentage points of the 11% business reduction attributed to concerns about the integration process, he said.

“We would expect, as we move through the second quarter, more and more business will return,” Zollars said. He said the company’s operating loss was “60-ish” million dollars in April. Full Story.........
Posted by 1Teamster at 7:17 AM No comments: