At a meeting in a Chicago suburb Wednesday, the fund’s trustees told union leaders from across the Midwest that they will pursue a “rescue plan,” said Trevor Lawrence, secretary-treasurer of Teamsters Local 638, which represents workers in Minnesota and North Dakota.

“Everybody came out thinking there will be cuts,” said Lawrence, who attended the meeting. “I don’t think anybody was happy. But the people in the room understood if you don’t do something now, the cuts will be deeper later.”

The Central States Pension Fund, which serves roughly 410,000 participants, is having trouble taking in as much in investments and member contributions as it pays out to retirees. If that situation remains unchanged, the fund’s trustees say the plan will become insolvent within roughly a decade.

The fund will send a preliminary letter to some pensioners this week describing its intentions to reduce benefits. But the size of the cuts and when those cuts will take effect depend on approval of a benefit reduction plan by union members and the U.S. Treasury Department.


Lawrence said the Central States Fund is seeking Treasury Department guidance with an eye toward making a summer proposal detailing the cuts. The cuts, he said, likely will not go into effect until 2016.

Counting on IT to Deliver Top Investment Returns

Jason Ringgenberg arrived at YRC Worldwide in April of 2014, after the company’s latest debt restructuring and union labor agreement. So, unlike his fellow executives who report directly to CFO Jamie Pierson, all he knows about the worst of the company’s financial woes is what he’s heard.

Ringgenberg is distinct from his counterparts in another way: he’s not a finance executive, but rather YRC’s chief information officer. He came on board at an opportune time for a CIO, in that the company was looking to technology to reap top returns on its discretionary investment dollars.

With YRC still sitting on a debt load of more than $1 billion and interest payments topping $100 million a year, it might seem that continuing to retire that debt would be of paramount importance. But small-dollar investments, especially technology-oriented ones, can generate a far better return.

For example, the company invested about $3.7 million in 2014 on dimensioners, which use laser technology to precisely measure freight in order to make sure YRC gets fully paid for its services. That investment will be fully recouped this year, company officials say, and will generate millions in incremental revenue each year going forward. If that $3.7 million had been used to reduce debt, the impact on annual interest expense would have been, figuratively, pennies. 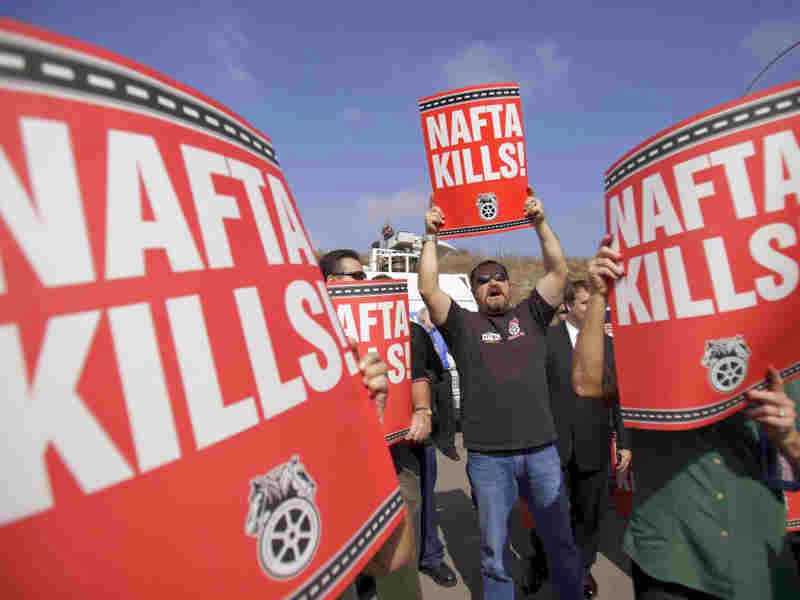 Following the Teamsters March-filed lawsuit against the Department of Transportation over its expansion of the cross-border trucking, the Owner-Operator Independent Drivers Association this week announced it seeks to join the driver union’s litigation.

The Teamsters’ suit seeks to block the Federal Motor Carrier Safety Administration’s opening of U.S. authority application process to all Mexican-based carriers, claiming the agency did not have enough data to make necessary safety determinations about Mexican-domiciled carriers.

OOIDA filed a petition with the U.S. Court of Appeals 9th Circuit seeking to intervene in the lawsuit on behalf of small-business truck operators. “OOIDA can bring a unique practical and legal perspective compared to the other petitioners regarding the ability of Mexico-domiciled trucking companies to operate safely on U.S. highways,” the association wrote in its announcement. “Additionally, the motion points out that the economic interests of small-business truck drivers differs from the interests represented by the other petitioners.” 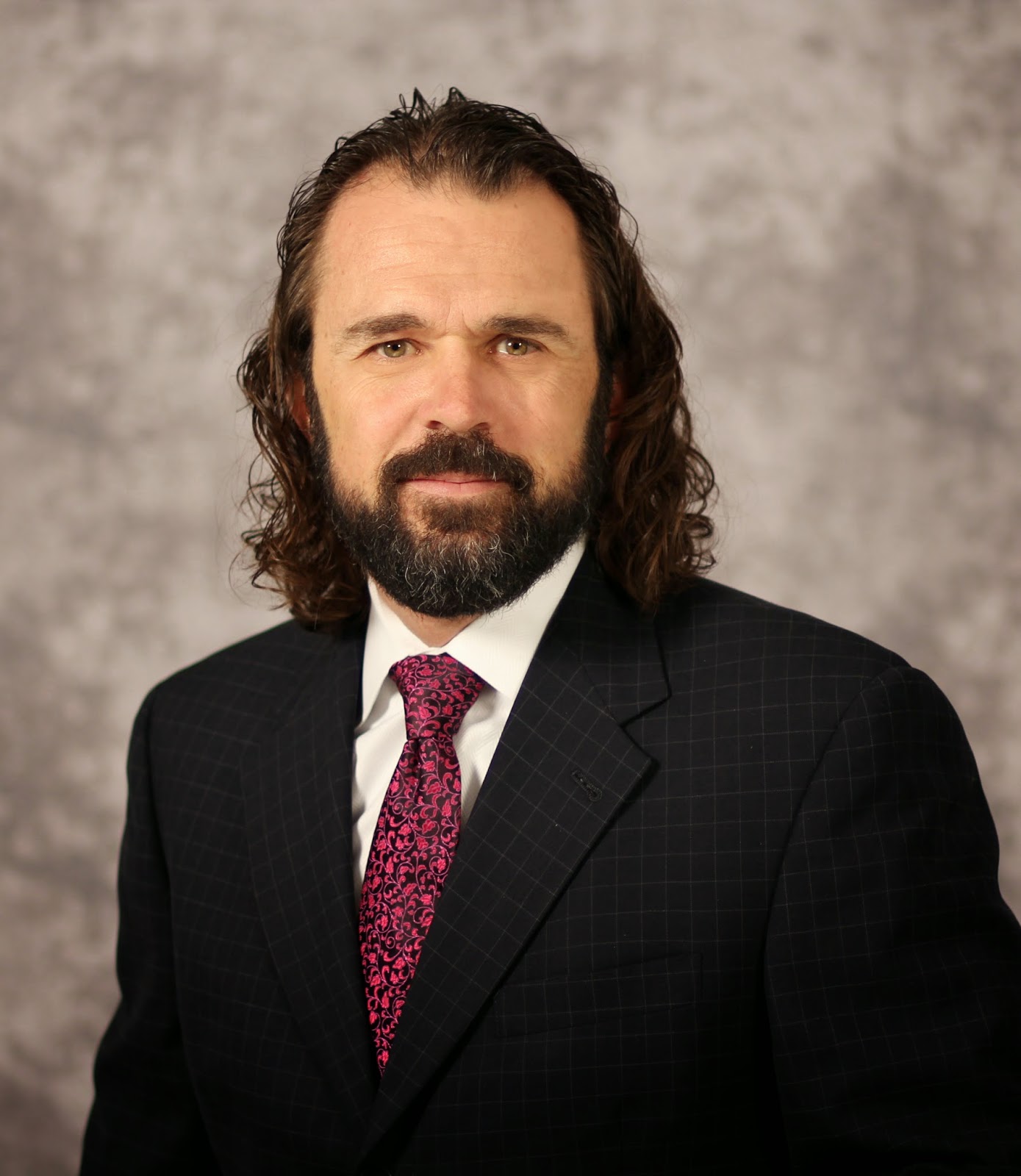 Since joining the company in 2011, the Overland Park-based less-than-truckload carrier has come a long way. It has dodged bankruptcy and default fears, reorganized its labor agreement with its union employees and reached a new debt agreement that will allow the company to focus on doing business. With two straight profitable quarters under its belt, YRC is feeling better in 2015 and attracting new investors.

"I don't feel like that much of a piece of it. I consider myself one piece of a 1,000-piece jigsaw puzzle," Pierson said in a exclusive interview. "It wasn't just me or (CEO James Welch), it was every single employee in this company.

"When James took over in July 2011, analysts didn't think we'd see the end of 2011 let alone 2012, and here we are in 2015 continuing to make small but substantial steps to returning ourselves to ... market margin."

Pierson also had high praise for Welch and said the company's CEO likely would give a similar answer. Pierson said Welch finds the time to reply to every email he receives from YRC employees
.
"I am blown away by him," Pierson said. "If it wasn't for him I wouldn't have come over."

YRC Worldwide Inc. has completed a debt-for-equity swap allowing it to keep $18 million in cash it would have paid to Series B Note holders.

The Overland Park-based less-than-truckload carrier (Nasdaq: YRCW) announced in a Securities and Exchange Commission filing that it entered into an exchange agreement with holders of the company's 10 percent Series B Convertible Senior Secured Notes due 2015. YRC agreed to exchange shares of its common stock for "approximately $17.04 million aggregate principal amount of its Series B Notes and the accrued and unpaid interest."

In an interview, CFO Jamie Pierson said the move clears the last "little sliver" of debt related to a transaction that closed in February 2014. It allows the company to trade debt worth about $18 million for 994,689 shares of YRC's common stock. Pierson said the creditors could have asked for cash for those notes but instead chose to invest in YRC's future.

"As opposed to taking the cash, they are actually investing in the company and the long-term value of the stock," Pierson said. "If they did not believe (in the company), they would have taken the cash."
Pierson said the swap is a good deal for YRC and allows it to invest the cash in technology and revenue equipment — such as tractors and trailers­— and it also deleverages the company, or reduces its overall debt burden. YRC still has more than $1 billion in debt that matures in 2019.
Posted by 1Teamster at 1:54 PM No comments: