In a conference call today, the ABF Master Negotiating Committee voted that in light of the overwhelming vote against authorizing a strike, the company’s last proposal for the Central Region Local Cartage Agreement would be accepted. As a result, the ABF-NMFA is now fully ratified.

Earlier this year, the National Master portion of the ABF-NMFA and 27 out of 28 area supplements were approved by the affected membership during balloting conducted over the summer and through mid-October. The lone supplement that had not been ratified by the membership was the Central Region Local Cartage Supplement covering nearly 1,900 drivers, dock workers and other local cartage employees throughout the Midwest.

After proceeding through the process outlined in the IBT Constitution, a strike authorization vote was conducted among the members covered by the unapproved supplement. The ballots were counted yesterday and there was a 77 percent turnout by the affected membership regarding the strike authorization vote. About 70 percent of those voting declined to authorize a strike at ABF. In such situations, the IBT Constitution provides that the Master Negotiating Committee has the authority to accept the company’s final offer.

The Master Negotiating Committee did not come to this decision lightly. As national negotiating committee co-chairman Gordon Sweeton stated, “We have now arrived at a point where, simply put, there is nothing left to negotiate with this employer and no desire for a strike in the Central Region based on the vote we received yesterday from the affected membership. The responsible course of action is to finalize the agreement.”

The agreement will be implemented in the next few days. It contains a 7 percent wage reduction that will become effective on Sunday, Nov. 3. The reduction, however, will be recouped over the life of the agreement with incremental annual wage increases. The agreement also contains provisions to provide for bonuses in the event the company reaches certain national operating performance standards. The agreement does require the company to continue to participate in the same health, welfare and pension programs and provides for contribution increases in order to maintain benefit levels retroactive to Aug. 1.

“We believe that this agreement helps protect our members’ health, welfare and pension benefits and will also give the company the ability to compete in a very tough trucking environment, which is good for ABF and the long-term job security of our members. I would like to thank our ABF members for their patience and support during this difficult process,” Sweeton said.

Members of the International Brotherhood of Teamsters are preparing to meet with company leadership from YRC Worldwide Inc. in Dallas, and the topic on everyone's mind is concessions.

Late on Monday, the Overland Park-based less-than-truckload carrier sent out a statement calling Teamster leadership to meet in Dallas on Nov. 5. The statement said company leadership will be on hand to discuss the company's "recent performance, future prospects, corporate refinancing opportunities and the need to pro-actively align multiple stakeholders in advance of 2014 debt obligation deadlines."

The statement also pointed out the upcoming deadline for the current agreement between the company and the labor union that represents 25,000 of the company's 32,000 employees. That agreement, based on a series of concessions that cut Teamster wages and stopped pension payments, runs through March 2015. It saves YRC more than $350 million in labor costs annually.  Full Story.......
Posted by 1Teamster at 3:08 PM No comments:

ABF Freight System, Inc. has been notified by the International Brotherhood of Teamsters that union employees covered by the Central Region Local Cartage supplement to the ABF National Master Freight Agreement have voted overwhelmingly to reject a strike authorization.

Based upon this outcome, there will be no strike by employees in the affected region or anywhere else in the ABF nationwide system.

Consequently, in accordance with the IBT Constitution, TNFINC is going to poll the ABF Master Negotiating Committee within the next 24 hours to determine whether to accept ABF’s final offer on the last remaining open supplement.

The five-year ABF NMFA is the first such agreement that the company has negotiated on its own behalf. A majority of Teamster employees ratified the national agreement in June, and 26 of 27 supplements were ratified by mid-October.

After receiving the company’s last, best and final offer on their supplement, Central Region Local Cartage employees received strike authorization ballots in early October. Turnout was strong, with 77 percent of eligible voters casting a ballot.
Posted by 1Teamster at 3:03 PM No comments: 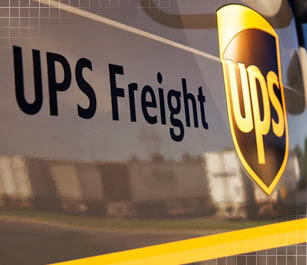 UPS announced diluted earnings per share of $1.16 for the third quarter of 2013, a 9.4% improvement over adjusted results for the same period last year. Total revenue was $13.5 billion, up 3.4% driven primarily by U.S. e-commerce shipments and strong European export growth.

For the three months ended Sept. 30, 2013, UPS delivered more than one billion packages worldwide, an increase of 4.6% over the prior-year period.

Daily package volume growth was led by International export and U.S. Domestic Ground, up 6.7% and 3.0%, respectively. Customers around the globe continue to seek lower cost solutions as demonstrated by the 11% jump in International deferred export products per day.

Last year, on a reported basis, third quarter diluted earnings per share was $0.48 as a result of an after-tax, non-cash charge of $559 million to restructure pension liabilities for certain employees.

"UPS is continuing to build global capabilities that position the company to meet the evolving supply chain needs of customers," said Scott Davis, UPS chairman and CEO. "We are making investments in emerging markets, healthcare distribution and our worldwide retail delivery models, ensuring that UPS delivers both the solutions customers require and the returns our shareowners expect." 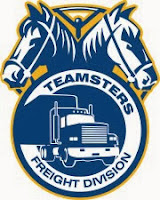 The International Brotherhood of Teamsters has agreed to meet with YRC Worldwide for a company update in Dallas, Texas on November 5, 2013.

This update is being held at the request of YRC Worldwide. Company leadership will be briefing local and national Teamster leadership on recent performance, future prospects, corporate refinancing opportunities and the need to proactively align multiple stakeholders in advance of 2014 debt obligation deadlines.

The current agreement with the International Brotherhood of Teamsters expires March 31, 2015.
Posted by 1Teamster at 1:37 PM No comments:

YRC Worldwide Inc. announced that on Thursday, November 7, 2013, at 4:30 p.m. ET, 3:30 p.m. CT, company executives will host a conference call with the investment community to discuss financial results for the third quarter.

The call will be webcast and can be accessed live or as a replay via the YRC Worldwide website yrcw.com.
Posted by 1Teamster at 1:35 PM No comments: