"We are pleased with the continued support of our customers and our employees who remain focused on delivering results," stated Bill Zollars, Chairman, President and CEO of YRC Worldwide. "We have achieved significant progress on our comprehensive recovery plan with the ratification of our new labor contract and the renewal of our ABS facility." Full Story.......
Posted by 1Teamster at 11:54 AM No comments:

Four ABF Freight System, Inc., drivers are among the 33 professional truck drivers named as finalists to become Captains on the 2011-2012 America's Road Team, selected by the American Trucking Associations. Named finalists were ABF drivers David Boyer of Wytheville, Virginia, Nate McCarty of Denver, Tim McElwaney of Atlanta, and Chad Miller of Chicago. McElwaney is a city driver; the other ABF finalists are road drivers.

"I am proud of each of these drivers and the contributions they have made to our industry while serving on ABF's Road Team. Our finalists were selected by the ATA for the 2011-2012 America's Road Team Captains from what we believe is the best group of drivers in the transportation industry. Their professionalism, dedication to safe driving, and commitment to quality exemplify the highest standard in the industry," said ABF Vice President of Transportation, Shannon Lively.

Finalists move on to the final round, January 9-11, 2011, in Arlington, Va. The competition will culminate with a new team of America's Road Team Captains receiving their signature navy blue Road Team blazers. The Captains then begin their two-year terms working to share the industry's message of safety, essentiality and sustainability with the motoring public, news media, business and community leaders, public officials and their fellow drivers across the nation.

"America's Road Team Captains are an incredible voice for the trucking industry. They represent the best of the best," said ATA President and Chief Executive Officer Bill Graves. "The professional drivers selected as finalists have remarkable safety records, are passionate about the industry, and are dedicated to making our nation's highways safer. ATA is honored to have these professional drivers participate in this prestigious selection process to become a Captain of the America's Road Team."
Posted by 1Teamster at 8:21 AM No comments: 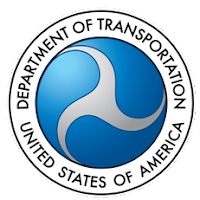 Commercial truck and bus drivers who suffer a stroke should wait at least a year and be able to pass a driving test and a series of health assessments before getting in front of a wheel again, according to a U.S. expert panel.

The panel, appointed by the Department of Transportation, also recommends annual check-ups on health and driving records as a requirement for continued driving.

According to the American Heart Association, nearly 800,000 Americans have a stroke every year. In addition, there are between 200,000 and 500,000 "mini-strokes," so-called transient ischemic attacks or TIAs, which usually last less than an hour. Full Story....
Posted by 1Teamster at 4:40 PM No comments:

One of the biggest corporate winners after Tuesday night's watershed Republican House victories will be Memphis-based FedEx Corp., which can abandon fears that pending legislation will upset its existing labor relations.

"I think they dodged a bullet," said David Schaffer, a Vienna, Va.-based aviation consultant and former counsel to the House aviation subcommittee.

Schaffer said it's still possible the lame-duck Congress could pass a new, multiyear Federal Aviation Administration bill, but "I don't think it could pass with the FedEx provision in it."

FedEx has deployed an army of lobbyists in recent years and established a public relations campaign to defeat the provision that would have reclassified some FedEx employees under the National Labor Relations Act, allowing them to form local bargaining units that could strike and upset the company's reputation for reliability. Full Story........
Posted by 1Teamster at 7:14 AM No comments: 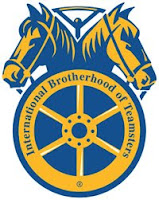 On Monday, November 1 the Teamsters Union received copies of a grievance and a lawsuit filed by ABF Freight Systems, Inc. (ABF) in federal court in Arkansas against the Teamsters and other parties, alleging that the agreements the union entered into and that its members ratified with YRC Worldwide, Inc. violate the National Master Freight Agreement (NMFA).

ABF Freight System, Inc., the largest subsidiary of Arkansas Best Corporation and a leading less-than-truckload transportation company, has filed legal actions today against the International Brotherhood of Teamsters and other parties including several YRC Worldwide subsidiaries for violation of the National Master Freight Agreement, the collective bargaining agreement covering most unionized trucking employees in the country.

ABF today filed a grievance under the NMFA and also an accompanying lawsuit, naming as parties the International Brotherhood of Teamsters; the Teamsters National Freight Industry Negotiating Committee; Teamsters Locals 373 (Fort Smith, AR) and 878 (Little Rock, AR), individually and as representatives of a class of all Teamsters Locals that are parties to the NMFA; YRC Inc.; New Penn Motor Express Inc.; USF Holland Inc.; and Trucking Management, Inc.

"It is ABF's firm belief that the three rounds of concessions granted to YRC – with the latest deal just ratified last week – by the IBT are in violation of the NMFA that has been in effect since April 2008," said Wesley Kemp, President and Chief Executive Officer, ABF Freight System, Inc. "The NMFA applies equally to every company that signed it and quite simply, with these three amendments, it does not do that. We need a long-term, industry-wide solution that is fair to all NMFA parties.

We have the obligation to our employees, to our customers and to Arkansas Best shareholders to enforce our rights under the NMFA and compete on the same playing field with our industry peers."

The legal actions, filed administratively under the contract and in federal court in Arkansas, explain in detail how the defendants violated the NMFA in 2009 and 2010 by entering into concessionary side agreements with YRC Companies to the exclusion of ABF and other companies signatory to the NMFA. These agreements led to ongoing significant wage and benefit reductions and other economic concessions that were applied only to YRC Companies, and not ABF. The third and latest amendment to the NMFA is expected to "provide further wage, benefit and work rule changes that are expected to generate an average of $350 million in annual savings through the end of the extended agreement," according to YRC Worldwide Inc.'s 8-K report, filed on September 29.

ABF, with more than 8,000 union employees, asserts in its claims that these concessionary agreements were unlawful, unfair and inconsistent with the plain language, intent and purpose of the NMFA, and that they resulted in a substantial competitive disadvantage for ABF.

ABF, believing that the grievance procedure of the NMFA is fundamentally flawed by reason of conflicts of interest on the part of both labor and employer representatives who normally would be impaneled to hear ABF's grievance, seeks a legal determination to have the court create an appropriate grievance review committee to hear the grievance and resolve the dispute, or to have the contract amendments benefiting only YRC declared null and void by the court, as required by the NMFA. ABF also seeks financial damages in an amount estimated to be approximately $750 million by the time the NMFA is set to expire on March 31, 2013.

ABF Freight System, Inc. is represented by Littler Mendelson. A full copy of the legal pleadings can be found at www.ABFLegalAction.com.
Posted by 1Teamster at 10:49 AM No comments:

Once again, YRC Worldwide Inc.’s drivers and dockworkers have accepted concessions aimed at keeping the struggling trucking company viable into 2011.

With results of a much awaited vote released Saturday, the Teamsters said union members at YRC’s operating units approved the extended agreement by healthy margins.

At New Penn, a YRC regional carrier in the Northeast, the vote was 69 percent approving the agreement and 31 percent rejecting the pact.