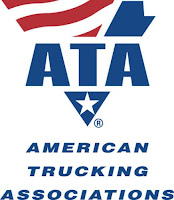 Ralph Garcia, a professional truck driver with ABF Freight System Inc. and a member of America's Road Team, told Obama administration officials about the rewards, and challenges, of a career in trucking during a White House forum as part of National Transportation Week.

"It was an honor to be invited to the White House to promote something I believe in so strongly – the importance of the trucking industry," Garcia, a native of Rio Rancho, N.M., said following the forum.
Garcia was one of 20 transportation professionals that participated in the May 16 White House "Champions of Change" roundtable that focused on how best to promote careers in transportation.

"There's no better way to earn a living than behind the wheel as a professional driver," Garcia said. "In my 30 years as a driver, I've seen so much of this great country that I wouldn't have had the opportunity to experience."
The government, Garcia said, could to more to encourage Americans to explore a career, or remain, in the trucking industry.

"Companies like mine are always looking for safe, conscientious and responsible drivers, and those qualities are found in spades in our armed forces," he said. "Making it easier for our fighting men and women to transition into jobs in trucking would be a win-win for everyone involved."

Garcia also said the federal government should be conscious of the impact of new and changing rules on drivers, using hours-of-service as an example.

"As a professional driver, I want to be safe on our roads and my more than 3 million accident-free miles can back that up," he said. "The rules we have now work, and changing something that's working just doesn't make sense and will hurt drivers like me."
Posted by 1Teamster at 1:33 PM No comments:

Holland, a subsidiary of YRC Worldwide Inc., was honored with the 2010 Regional Carrier of the Year award from Echo Global Logistics, a leading provider of technology-enabled transportation and supply chain management services. This is the second consecutive year Echo has presented Holland with this award.

In making their selection, Echo rated its transportation providers on ten criteria they deem essential for meeting their customer service objectives. The criteria consider attributes such as the quality of service, communications, customer service, invoicing accuracy, claims, creativity and pricing.

"Holland makes it easy for us to do business with them," says Doug Waggoner, chief executive officer of Echo Global Logistics. "Our clients want flexible supply chains and Holland provides reliable service and extensive next-day coverage that allows them to quickly respond to market conditions."

"We greatly value this recognition from Echo Global Logistics," says Jeff Rogers, president-Holland. "We know the reputation of Echo rests in our hands when we pick up and deliver their customers' shipments. Our employees take personal pride in being good ambassadors for Echo, and for all customers who call on Holland for their regional transportation needs."

Walmart is honoring 10 of its transportation suppliers for their performance in delivering to Walmart distribution centers.

"This year’s winners have shown a commitment to supply chain excellence and to their ability to adapt to protocols," said Jerry Spencer, vice president of replenishment for Walmart." Supply chain reliability is the single most important factor to achieving our in-stock and inventory management goals, which helps us ensure we have what our customers want available on the shelf when they are choosing to shop. Our transportation partners are a critical component of overall customer satisfaction in the stores."

Suppliers recognized for best in class awards consistently maintained a high level of supply chain reliability performance by shipping on-time and in-full with minimal degrees of variability in performance.

The 2011 Walmart Carrier of the Year award winners are:

"We appreciate the support and partnership with these suppliers who have been consistently reliable in the past year by focusing on supply chain fundamentals," said Spencer.
Posted by 1Teamster at 12:00 PM No comments:

Teamsters General President Jim Hoffa today said the U.S. Department of Transportation should listen to the American public and not open the border to dangerous Mexican trucks because of concerns about job loss, border security, highway safety and the legality of the program itself.

Teamsters and other Americans submitted more than a thousand comments opposing the DOT plan to open the border during the 30-day comment period in the Federal Register, which ended Friday. The comments posted were overwhelmingly against letting Mexican trucks travel freely on U.S. highways. Only groups representing multinational corporations and agribusiness supported DOT's proposal.

"I urge Transportation Secretary Ray LaHood to listen to his conscience and to the vast majority of Americans, not to corporate interests that have no loyalty to the United States," Hoffa said. "He should show that the democratic process works by pulling the plug on this program."

The Teamsters Union also formally submitted comments Friday. Hoffa said DOT's proposal to open the border "fails to adequately protect our members, their families and the traveling public from the potential danger of unsafe Mexican trucks and drivers, who do not meet or will not adhere to all U.S. safety standards."

Further, Hoffa said the proposal is illegal because it violates Section 6901 of the U.S. Troop Readiness, Veterans' Care, Katrina Recovery, and Iraq Accountability Act of 2007. That statute does not allow funds to be spent on a cross-border trucking program unless "simultaneous and comparable authority to operate within Mexico is made available to motor carriers domiciled in the United States."

"It is very clear that the safety of the U.S. drivers traveling into Mexico cannot be ensured, and therefore simultaneous and comparable authority is not made available to U.S. motor carriers under the pilot program," Hoffa said.

Hoffa also said the program threatens U.S. warehouse and truck driving jobs at a time of high unemployment. "It fails to protect our members and other U.S. workers from the loss of employment from both outright job displacement and inadequate enforcement of U.S. cabotage laws, potentially allowing Mexican drivers to deliver U.S. cargo point-to-point in the U.S., threatening the jobs of all U.S. commercial motor vehicle drivers."

On March 24, 2011, Willis was approaching a busy intersection in downtown Amarillo when an ambulance suddenly approached from behind with its lights flashing and sirens wailing. Willis began to slow down, but apparently the car in front of him did not realize the ambulance was coming.

The ambulance driver, Lisa Howell, who later wrote an e-mail to ABF praising Willis for his quick thinking, stated that the driver of the car was going “too fast.” When the driver finally did grasp the situation, Howell said he “locked his brakes down and stopped too short,” giving Willis very little opportunity to stop his own vehicle without colliding into the car and its four occupants.

Fortunately, Willis was able to continue braking while moving to the left lane to avoid the car. He then returned to the right lane to allow the ambulance to safely pass.

Howell wrote: “I am VERY impressed with your driver. He saved several people’s lives today. As a professional driver [myself], I have seen other professionals not function as well. Please tell [him] thank you for saving my life as well as others!”
Posted by 1Teamster at 9:43 AM No comments:

"The employees at these four service centers have shown what can be achieved when the principles of the ABF Quality Process are put into practice," said Mr. Kemp. "ABF continues to prosper because of our dedication to serving internal and external customers in a helpful, efficient, innovative, and error-free manner. In this context, these four facilities have earned the right to be called the Best of the Best. I'm looking forward to my visit with each one in celebration of their achievement."

The ABF president and CEO is scheduled to present the awards in Vancouver and Salt Lake City on May 12. He will present the awards in Laredo and Altoona on May 16 and 25, respectively. Each facility is presented with a plaque that resides permanently at their location and a Quality Cup that resides only as long as a facility maintains the distinction. Each ceremony is attended by the ABF Quality Implementation Committee, local employees and special guests, including Arkansas Best Corporation President and CEO Judy R. McReynolds.

All ABF service centers annually undergo extensive evaluations, including a nomination process, a quality awareness survey, an on-site validation audit, and scrutiny by the ABF Quality Implementation Committee. The comprehensive process gauges resource management, damage/loss prevention, customer satisfaction and other key performance indicators for the previous year. The ABF Quality Process uses a five-step problem elimination process: 1) define the problem; 2) fix the problem; 3) identify the root cause; 4) take corrective action; 5) evaluate and follow up. Education through quality seminars, job-skills training, focus groups and designated quality teams have ensured that quality at ABF is a process, not merely a program. Based on principles articulated by the late Philip Crosby, the process emphasizes ongoing prevention rather than end-of-line inspection. Identifying and eliminating the causes of problems improves service and requires no additional expenditure.
Posted by 1Teamster at 9:37 AM No comments: