Daily Export Shipments up 7.1% Led by Double-Digit Gains in Asia
Total UPS Revenue up 4.9% with Headwinds from Fuel and Currency

YRCW reported $0.42 earnings per share for the quarter, missing the analyst consensus estimate by $-0.08. Analysts had a consensus of $0.50. The company posted revenue of $1221.30 million in the period, compared to analysts expectations of $1229.90 million. 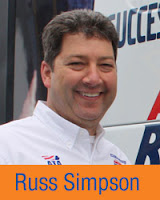 From August 10-13, 2016 some of the very "best of the best" drivers in the United States competed at the 79th annual National Truck Driving Championships (NTDC) in Indianapolis, IN. The event, referred to as the "Super Bowl of Safety," is the premier stage for professional driver safety skills. It challenges the nation's most talented and knowledgeable transportation professionals to navigate complex maneuverability courses, demonstrate driving and inspection skills, knowledge and professionalism, personal interview, pre-trip inspection test, and take detailed written exams on laws, regulations and equipment. 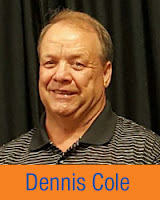 Qualifying for the NTDC is a major accomplishment in and of itself. Competitors must first have taken gold at their respective state-level competitions, and also have maintained a collision-free driving record for the entire year prior. That means that each NTDC participant is already a champion before ever setting foot on the convention center floor.


Dennis Cole has been driving professionally for 44 years and has spent the past 10 years as a city driver with Holland. This was his sixth year competing in TDCs and his third time qualifying for national competitions. In his very first year competing in TDCs, Dennis took top honors in the state of Kansas, and was named Kansas Rookie of the Year. This year, Dennis continued his winning ways by placing first in the Straight Truck class at the Kansas State Truck Driving Competitions in June.

Not only did Dennis qualify for the NTDC this year, but he actually placed as a Top 5 finalist in the nation in the Straight Truck category. That means that Dennis finished in the top 10% of competitors in his class! Although he didn't ultimately walk away with a trophy, Dennis made us proud at Team Holland and solidified his position as one of the most elite Straight Truck drivers in the country!

Dennis Cole’s love of the big rig and the open road began at an early age. His father was a truck driver in the 1960s, and Dennis grew up sitting passenger in his cab. He started driving professionally himself at the young age of 18 and--other than a year-long stint with the postal service--has been driving trucks ever since.

When it comes to safety, Dennis emphasizes preparedness and foresight. "Look far ahead so you are anticipating an occurrence rather than just responding to what is directly in front of you," Dennis said. "You need those extra moments to react if something happens."

Dennis currently operates as a city driver out of the Holland Kansas City, KS terminal He has logged approximately 4.8 million miles over his career, providing him with a whole lot of the practice necessary for success.


Our second NTDC competitor, Russell Simpson, and our second Holland driver to be chosen as an ATA Road Team Captain, is also no stranger to Ohio TDC success.

Russell has been driving for 29 years, the past 22 of which he's spent as a city driver for Holland. He currently operates as a city driver out of our Columbus, OH service center and has racked up over 2.5 million collision-free miles over the course of his career.

Not only did Russ go to Indianapolis as a safety representative of Holland, he was also representing America’s Road Team. Last year, Russ was selected for the prestious position of 2015-2016 America’s Road Team Captain by the American Trucking Association. The Road Team travels the country promoting safety and championing the importance of trucking in our daily lives.

"Safety is very important," said Russ. "As a truck driver, you’re in charge of a very heavy vehicle and surrounded by a lot of traffic. That’s a huge responsibility and one that every driver needs to take very seriously. Competing in these events is my way of improving my skills, and showing respect for the company by giving back the best way I can."

He first started competing in 2008, and has taken top honors in the state of Ohio four times since then. Just like Dennis, Russell also won Rookie of the Year his first time competing at the state-level. He earned his ticket to the NTDC this year by placing first in the Tanker class at the 2016 Ohio Truck Driving Championships. Russ put forth an excellent performance and made Holland proud.

Congratulations to Dennis and Russ on yet another year of safety success!


Their dedication to safety and self-improvement has made them ambassadors for both Holland and the industry.

Talented drivers like Dennis and Russ are essential to our success, and we are thankful to have them on Team Holland. We thank them for continuously working to improve their safety skills and putting forth the extra efforts required to be a safety champion.

It is with great pride and appreciation that we congratulate them on their safety success. Safety dedicated drivers like Dennis and Russ are essential to maintaining our industry-leading level of customer service here at Holland. As the stewards of our customers’ cargo, safe drivers like these provide the reliability and security that our customers need.

Many thanks to Dennis and Russ, and to all of our talented Holland drivers, for helping to make Holland great! We thank you for all of your hard work and your sustained commitment to safety!
Posted by 1Teamster at 11:40 AM No comments:

Third quarter earnings will be released the same day, Thursday, October 27, 2016, following the close of the market.

The call will be webcast and can be accessed live or as a replay via the YRC Worldwide website yrcw.com.
Posted by 1Teamster at 11:34 AM No comments:

Joe Brown didn’t understand what the big deal was Wednesday, Oct. 5, at the YRC Freight Memphis terminal and distribution center in South Memphis.

He told executives of the company that he was just “doing his job.”

Brown was honored this week for driving 5 million miles without an accident in a career that began in 1977.

In Wednesday’s ceremony, Brown got his name on the side of a YRC trailer and was inducted into the company’s hall of fame.

“Thank you for giving me a chance to prove myself,” said Brown, who drives a route between Memphis and Houston, Texas.

When he started driving in 1977, the city’s factories were just beginning a decline in a recession that would grow more severe. Gas shortages were a fact of life for the industry.

Brown said he took the job for one reason.

“I had kids,” he said, pointing to his five children, who attended the ceremony along with his wife and six grandchildren.

He learned the business with some basic advice from his father.

“My father told me to keep my mind on what I’m doing and watch what’s around me,” Brown said, also crediting his belief in God.

“It was a lot easier in the day – not as much traffic,” he said of the business of being a truck driver nearly 40 years ago compared to today. “A lot more traffic. A lot more everything,” he said of the current life on the road between Memphis and Houston.

YRC president Darren Hawkins is a believer in training drivers in the Smith System, a training program founded in the 1950s that’s been updated over the past six decades but still centers around five keys: Aim high in steering, get the big picture, keep your eyes moving, make sure they see you and leave yourself an out.

All 8,500 YRC tractors have event recorders as well as forward-collision warning and lane-departure systems that alert drivers.

But Hawkins said much of the credit goes to Brown’s work ethic.

“That’s totally about him being alert and paying attention and watching out for the other guy constantly … with distracted driving and other things,” he said. “Not only has Joe not caused an accident, he’s avoided being in an accident.”

Overland Park, Kansas-based YRC is the result of a 2003 merger between Yellow Transportation and Roadway – two national carrier names with a long history in Memphis trucking.

The company bills itself as “the original LTL (less than a truckload) carrier since 1924.”

“When Joe started in ’77, just a few years after that, deregulation came to the industry,” Hawkins said. As a result YRC is one of three union trucking companies in the country. Teamsters union officials were also among those honoring Brown Wednesday.

Though the business has changed several times over during Brown’s 39-year tenure, other changes have come over a longer period of time. Brown has been driving a stick – or manual transmission – for most of his career.

“One of the big advancements you see now is the tractors are automatics,” Hawkins said. “Typically all Class A tractors have been associated with being manual transmissions and that’s no longer the case.”

Brown was a man of few words Wednesday, which other drivers at the terminal say is his usual approach to work along with being upbeat.

Asked what his plans are, Brown said, “I don’t know. I want to see. It’s up to the man upstairs.”