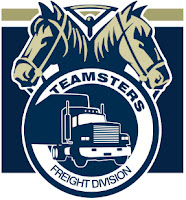 ABF Freight, the less-than-truckload carrier operated by ArcBest, announced that ABF and the Teamsters National Freight Industry Negotiating Committee (TNFINC) have agreed to exchange initial proposals on December 18 and 19, 2017, and begin negotiations on a new collective bargaining agreement the week of January 7, 2018.

TNFINC is the negotiating committee of local unions that are affiliated with the International Brotherhood of Teamsters. ABF Freight is the largest subsidiary of ArcBest and was founded in 1923.

“We look forward to working with the Teamsters’ leadership to reach a new collective bargaining agreement that appropriately reflects the competitive environment in which we operate,” said ABF Freight President Tim Thorne.