YRC Worldwide Inc. today announced that it will be deploying the Intermec CN70e handheld mobile devices to more than 10,000 professional city drivers for YRC Freight, Reddaway and Holland beginning in October.


Drivers will now be able to maximize productivity, enhance customer service, and optimize pickup and delivery operations. They will be able to more expediently enter shipment information and communicate it to the dispatch centers. The color and touch-screen device has image capture, scanning and GPS capability.

"With this technology, we are investing in a platform for the future to increase our business capabilities and provide our customers with the highest level of service," said James Welch, chief executive officer of YRC Worldwide. "By equipping our drivers with these state-of-the-art devices, we expect more on-time arrivals and more reliable service for our customers."

"After successfully optimizing the network at YRC Freight, we are now focused on optimizing our technology infrastructure," said Jeff Rogers, president of YRC Freight. "These new driver productivity devices will offer significant efficiency and service improvements."

"These devices will also enable our regional companies to continue to excel in best-in-class service delivery and execution," added Welch.

The No. 30 ABF Chevrolet Impala team will bring chassis TMS-331 to the inaugural Indy 250 at the famed Indianapolis Motor Speedway.

What a Comeback... James Buescher and his No. 31 NASCAR Camping World Truck Series team captured their third victory of the season last Saturday night at Chicagoland Speedway in dramatic fashion.  The 22-year-old rebounded from being two laps down because of a carburetor change to take the win.  With the victory, Buescher sits 35 points behind point leader Timothy Peters with 12 events left to run on the schedule.

Come and See Me... James Buescher will participate in Saturday's NASCAR Nationwide Series autograph session at Indianapolis Motor Speedway (IMS).  He, along with his Turner Motorsports teammates, will sign autographs for fans on Saturday, July 28th from 10:30 am-11:30 EST right outside the infield pagoda.  The 22-year-old will also make a visit to the Team Chevy display, located in the infield of IMS, on Saturday, July 28th at 2:30 pm EST.

Watch and Listen... The Indy 250 can be seen live on Saturday, July 28th on ESPN.  Race coverage will begin at 4 pm EST. The event can also be heard live on MRN Radio as well as Sirius Satellite Radio, channel 90.

"This is going to be a monumental weekend for the NASCAR Nationwide Series.  Indianapolis Motor Speedway is an iconic venue, and to be able to say that I raced in the first Nationwide Series race there is very special.  There is so much rich racing history in Indianapolis.  We have had quite a bit of success at Lucas Oil Raceway at Indianapolis, and I hope that we can carry over that success at the big track.  To be able to kiss the bricks at the end of the day would mean so much to everyone at Turner Motorsports.  We know it is going to be a tough race, but feel like we have as good a shot as any to get our ABF Chevrolet into victory lane."
Posted by 1Teamster at 10:44 AM No comments: 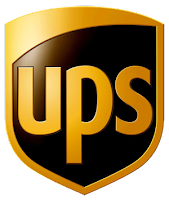 "Increasing uncertainty in the United States, continuing weakness in Asia exports and the debt crisis in Europe are impacting projections of economic expansion," said Scott Davis, UPS chairman and CEO. "Throughout its history, UPS has maintained its strength in all economic cycles and we are making the adjustments necessary to respond to today's challenging conditions."  Full Report..........