YRC Worldwide Inc. today announced the Teamster negotiating committee for the International Brotherhood of Teamsters has agreed to provide additional time for the company and its key stakeholders to finalize plans to recapitalize the company's balance sheet. The extension of time provided by the Teamsters is consistent with the extensions in the previously announced amendments to the company's credit agreement and asset-backed securitization facility, which are now effective.

Also consistent with the credit facility amendments, a supermajority of the multi-employer pension funds who are party to the company's contribution deferral agreement have agreed to an extension of the deferral of interest and principal payments under that agreement through May 2011. Further details regarding the extensions, including the conditions to their continued effectiveness, can be found in the current report Form 8-K to be filed on Monday, January 3, 2011, with the Securities and Exchange Commission.
Posted by 1Teamster at 3:47 PM No comments: 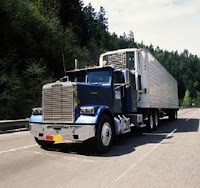 The Obama administration is considering the establishment of a 10-hour driving limit for long-haul truckers.

The Federal Motor Carrier Administration said Thursday it favors reducing the current 11-hour limit by an hour. But the agency is accepting comments on whether to change the rule, signaling it may not be completely behind the idea.

The Obama administration has been considering whether to rewrite rules passed in the waning hours of the Bush administration that allowed commercial truckers to drive 11 consecutive hours before resting. That changed a six-decade standard for truckers. Full Story....
Posted by 1Teamster at 6:26 PM No comments: