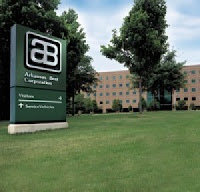 ABF Freight System Inc., a less-than-truckload carrier, is the largest subsidiary of Fort Smith-based Arkansas Best Corp. Both the parent company and ABF on Thursday reported annual and fourth-quarter earnings.

Although Arkansas Best also posted a net loss of $3.12 million for the quarter, the trendline is positive enough to make one analyst optimistic. Full Story.....
Posted by 1Teamster at 2:04 PM No comments:

Teamster Nation: California Rep. Wants Hearing on Mexican Trucks: "Bob Filner represents a district in Congress that encompasses the entire California/Mexico border, home to some of the busiest border crossi..."
Posted by 1Teamster at 1:53 PM No comments: 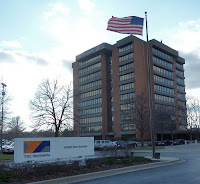 Thanks for joining us for the YRC Worldwide Fourth Quarter and Full Year 2010 Earnings Call. Bill Zollars, Chairman, President and CEO of YRC Worldwide; and Sheila Taylor, our CFO, will provide comments this morning. Bill, Sheila and Mike Smid, President of YRC and Chief Operations Officer of YRC Worldwide, will be available for questions following our comments. Full Transcript Here.......
Posted by 1Teamster at 1:44 PM No comments:

YRC Worldwide produced improved operating results in the final quarter of 2010, but the net profit was lower than the same quarter a year earlier.

The trucking company said Friday it also expects "continued operating momentum" in the first quarter this year, with positive cash flow allowing it to "be without our credit agreement financial convenants."

The Overland Park-based trucker, which has restructured its operations over the past two years to weather the economic slowdown, on Friday reported fourth-quarter operating revenue of $1.092 billion. That was up 3.9 percent from the same quarter in 2009. Full Story.....
Posted by 1Teamster at 1:39 PM No comments:

A federal appeals court has agreed to speed up its review of a lawsuit against YRC Worldwide Inc. and its union after the company warned that drawing out the process could harm its effort to restructure its finances.

On Tuesday, the 8th U.S. Circuit Court of Appeals in St. Louis granted YRC’s motion for expedited review. It said it will hear arguments in the case during its April 11-15 session.

ABF Freight System Inc. sued YRC and the International Brotherhood of Teamsters in November in federal court in Fort Smith, Ark., claiming that three rounds of work concessions negotiated between the two and approved by union members violated a national labor agreement that was supposed to apply to all unionized trucking firms.