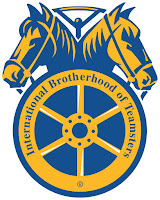 The Teamsters Union opposes the American Health Care Act (AHCA) which was passed by the House of Representatives. The legislation's wholesale changes to the current system leaves working families footing the bill for corporate tax breaks while paving a path to the elimination of even basic health care for the millions of American families that need it the most.

The AHCA attacks working families who receive high-quality health care plans from their employers through a 40 percent excise tax. This "Cadillac Tax" penalizes middle class workers who have fought long and hard for the strong health care plans they receive.

"The American Health Care Act is a flawed piece of legislation that should never be made into law," said Teamsters General President Jim Hoffa. "It not only includes this destructive Cadillac Tax that targets working families, but it also allows insurance companies to discriminate against people with pre-existing conditions and charge older Americans up to five times higher premiums than younger plan holders.


"Instead of finding new ways to enrich health care providers, Congress should be working to ensure that this country provides affordable health care coverage for every American regardless of their pre-existing conditions. The AHCA will lead to only one result - higher costs for lower quality care for fewer Americans."
Posted by 1Teamster at 12:17 PM No comments:

On May 9, 2017, retirees around the country will take part in activities aimed at drawing attention to the devastating and unprecedented pension cuts authorized by Congress in the Multiemployer Pension Reform Act of 2014.

The Day of Action will coincide with the reintroduction of the Keep Our Pension Promises Act of 2017. KOPPA would prevent retiree pensions from being cut and would also address underfunding problems in multiemployer pension plans.

The Trump administration and Congress are ramping up efforts to consider changes to trade and health care policy in the coming days. And for workers in Michigan and across the U.S., much is at stake. Both issues offer an opportunity for the White House and Capitol Hill to put aside partisan differences and work together to fix these serious problems.

Plans to revamp the North American Free Trade Agreement (NAFTA), for example, could hold the key to getting hundreds of thousands of people back to work in good-paying jobs. With Senate confirmation of Robert Lighthizer as the next U.S. Trade Representative imminent, as well as President Trump’s announcement that he has reached an agreement with Mexican President Nieto and Canadian Prime Minister Trudeau to begin the process of renegotiation, changes to NAFTA will be coming soon. This is a complicated deal that must be looked at carefully to ensure the right fixes are made.

To that end, “NAFTA 2.0” must address the failures of the current agreement. That means curtailing the dangerous problem of Mexican-domiciled trucks being allowed to cross the U.S. border without concern to whether they are following our laws. Changes must be made that would require foreign-based vehicles and drivers entering this country to meet our highway safety and environmental standards.

But they must not stop there. There is no reason that the federal government shouldn’t be allowed to favor American companies when it purchases goods or services it needs. President Trump recently signed an executive order expanding the reach of the “Buy American” program, and it should be up to elected officials to decide what company is best to handle its needs, not a trade pact.

Multi-national corporations, in turn, shouldn’t be able to usurp U.S. laws they don’t like by appearing before business-friendly tribunals with the power to punish taxpayers with their rulings. This investor state dispute resolution provision became a rallying cry against the now-defeated Trans-Pacific Partnership (TPP) for good reason, and there is no reason why NAFTA should contain such language either.

And currency manipulation also remains a problem that needs to be taken on. A new NAFTA must include a chapter with enforceable sanctions against the practice. The pact also needs to protect jobs and the people who do them. That means beefing up worker protections beyond what was even offered as part of the failed TPP. Exploitation cannot be part of any future trade pact.

But the concerns of U.S. workers don’t end with trade. As I mentioned last month, having quality health care is a major concern for the public. And while it previously appeared Congress was done with its efforts to repeal the Affordable Care Act, it unfortunately now seems it’s back on the table.

Nothing has changed from the Teamsters’ perspective. This is still a bad proposal that instead of fixing and reforming the flaws of ACA falls woefully short of providing good health care options to those in need. Congress also seems intent on keeping the provision that would apply a huge tax on comprehensive, low-deductible health benefits largely provided by union-sponsored plans. The current proposal is unacceptable and should be sent back for further negotiations.

Workers deserve to be treated with respect and dignity, both in trade agreements and when it comes to having quality medical care. The path to do so is clear for elected officials. It’s time for them to work together to solve these issues.
Posted by 1Teamster at 11:56 AM No comments:

Holland is proud to announce that effective May 1, 2017, Holland Cross-Border service will continue its forward progress with the official opening of the Ottawa, Ontario terminal located at 205 Broome Rd., Brockville, ON.

The terminal is conveniently located near the two major markets of Kingston and Ottawa, Ontario enabling Holland to more effectively accommodate the demand for Cross-Border service both in Ontario and the entire Holland network.

The Ontario terminal’s location is just five minutes from Hwy. 401 (the main artery between Toronto and Montreal).

“This is just one of the many advantages of shipping to and from Canada with Holland, and another example of the Holland Difference in action,” said Scott Ware, Holland President. “We work hard to understand and meet the needs of our customers who entrust us with their valuable cross-border shipments.”
Posted by 1Teamster at 11:50 AM No comments:

Excluding certain items in both periods as identified in the attached reconciliation tables, non-GAAP net loss was $5.8 million, or $0.22 per diluted share, in first quarter 2017 compared to a first quarter 2016 net loss of $5.9 million, or $0.23 per diluted share. On a non-GAAP basis, the operating loss was $8.7 million in first quarter 2017 compared to a first quarter 2016 operating loss of $8.4 million. The consolidated non-GAAP operating results comparison was impacted by a $2.0 million increase in the "Other and eliminations" loss driven by previously highlighted investments in technology development toward enhancing the ArcBest customer experience and the ability to offer comprehensive transportation and logistics services across multiple operating segments.


"The first quarter – typically the most challenging of the year – saw revenue growth in both our Asset-Based and Asset-Light businesses but also experienced some changing freight characteristics on the less-than-truckload side and a degree of weaker demand, particularly in the truckload sector," said ArcBest Chairman, President and CEO Judy R. McReynolds. "Our enhanced market approach, in which we now offer most services under the ArcBest brand, became fully operational in the first quarter. We continue to see positive reception from customers about our heightened focus on meeting all of their supply chain needs. Customers also recognize the value we bring to their own businesses with our ability to manage even the most complex logistics challenges."

"Our Regional carriers' first quarter 2017 results were generally in line with a year ago, including an increase in year-over-year tonnage per day," said James Welch, chief executive officer at YRC Worldwide. "YRC Freight's results in the first quarter were unfavorably impacted by a year-over-year decrease in revenue per hundredweight, excluding fuel surcharge, that more than offset increases in tonnage per day and weight per shipment. We expect the improvement in year-over-year tonnage per day to help us execute our strategy of pricing for profitability and moving shipments through YRC Freight, Holland, Reddaway and New Penn's networks that have favorable freight characteristics. We believe the pricing environment remains stable in the less-than-truckload sector. Our goal in 2017 is to exceed our 2016 Adjusted EBITDA results while meeting our customers' needs," stated Welch.

"We continuously evaluate opportunities to drive improvements in operational efficiencies and financial results, including tightly managing our cost structure. During the first quarter we implemented a plan to reduce costs and de-layer our management and other non-union workforce. Headcount reduction is the most significant source of savings while other changes included increasing collaboration across our companies and reducing the utilization of external professional services," concluded Welch.

Overland Park-based YRC Worldwide Inc. said that its financial loss doubled in the first quarter and that it cut 180 management and other non-union jobs in a streamlining effort to make the trucking business more efficient.

The job cuts were accompanied by other cost savings in the company’s dealings with “external professionals,” such as consultants, and from increased collaboration among its four companies that combined duplicate departments.

CEO James Welch said that although the four businesses were collaborating more, there are no plans to merge them. He also said the job cuts were part of a normal review of operations.

Welch called the quarterly results “somewhat disappointing,” but he said the company’s “fundamentals” were improving and that better results lie ahead.

“We feel good about the rest of the year,” he said during a conference call with analysts.

Costs will be about $25 million lower because of the changes, including job cuts that triggered some severance costs. Welch said $16 million of the cost savings will come at YRC Freight and $9 million at the regional carriers.

Its freight operations lost $3 million in the quarter after posting a $13.4 million profit a year earlier. Interest expenses increased the recent loss and turned the operating profit from a year ago into a net loss.

Revenues in the first quarter were $1.17 billion, up from $1.12 billion a year ago. YRC said its profits fell in part because it collected less revenue for each 100 pounds of freight it hauled. Winter weather also had an impact.

The company has renegotiated price contracts with a number of customers and expects that to help improve financial results in the remainder of the year.
Posted by 1Teamster at 11:25 AM No comments: