"This is another important step in the continuing process to sharpen our focus on North American less-than-truckload (LTL) shipping. Our emphasis on core LTL services has resulted in significant increases in on-time service and our customers are responding very favorably," said James Welch, chief executive officer of YRC Worldwide. "This transaction allows us to further simplify our portfolio and streamline our operations as we concentrate on regaining the North American LTL market leader position."

The completion of the transaction is subject to Chinese regulatory approval and expected to close in the second quarter of 2012. The terms of the deal were not disclosed. 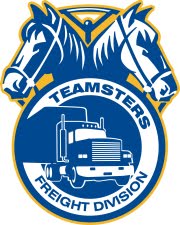 Hoffa: It’s Bizarre To Argue That U.S. Truckers Aren’t Hurt by Program
The Teamsters Union filed counterarguments in its lawsuit against the U.S. Department of Transportation's (DOT) pilot program to open the border to dangerous and illegal Mexican trucks. General President Jim Hoffa said the DOT's claim that Mexican trucks won't affect Teamster truck drivers is "bizarre."
The Teamsters filed the motion in the U.S. Court of Appeals for the D.C. Circuit Court late yesterday. The case was consolidated with a similar lawsuit by the Owner-Operator Independent Drivers Association against the Federal Motor Carrier Safety Administration (FMCSA).
“The FMCSA makes the bizarre argument that our members aren’t harmed by a program that opens the border to low-paid truck drivers and dangerous, dirty trucks,” Hoffa said. “Try telling that to our members.
“U.S. commercial truck drivers must follow all U.S. safety regulations while Mexican drivers only need to follow selected Mexican regulations. The government is flat-out wrong to say Mexican trucks and drivers meet equivalent standards.”
The purpose of a pilot program is to demonstrate the impact of Mexican trucks on U.S. highway safety. The law requires the program to include a statistically valid number of trucks. In other words, program administrators can’t cherry pick the safest trucks and drivers and then conclude from their safety record in the U.S. that opening the border to all Mexican trucks won’t harm highway safety.
FMCSA argues that the pilot program “is designed to include a representative sample of the population of Mexico-domiciled trucks.”
The government’s brief claims that “FMCSA will closely track the safety performance of participating carriers.” Hoffa pointed out that the first trucking company that FMCSA allowed into the program – Grupo Behr de Baja California – withdrew because of its poor safety record.
“How are we to believe that FMCSA will closely track safety when it admitted a carrier into the program that had a poor safety record according to FMCSA’s own records?” Hoffa said.
“The last time we checked, three drivers and two trucks made nine trips beyond the border zone in six months,” Hoffa said. “That sure isn’t a representative sample. We predicted at the beginning that this program would be a dismal failure and it looks like we were right. FMCSA should just pull the plug on this program and save the taxpayers some money.”
Hoffa further said that Mexico has clearly failed to provide the same access to its markets that the U.S. offers to Mexico. The U.S. State Department last month warned against taking unnecessary trips to vast areas of Mexico, and yesterday the Texas Department of Public Safety cautioned against going to Mexico for spring break.
“Mexico can’t guarantee the safety of U.S. truckers because it can’t control the drug cartels that killed 12,000 people last year,” Hoffa said. “U.S. drivers are scared to death to drive down there. How is this a reciprocal trade deal?”
The suit claims the Federal Motor Carrier Safety Administration breaks the following laws:
The Teamsters case is USCA Case #11-1444 and the document number is 1362495. A copy of the brief can be viewed here.
Posted by 1Teamster at 2:01 PM No comments: 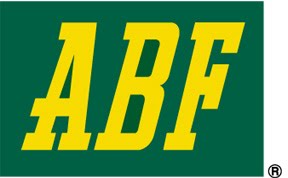 ABF Freight System, Inc., is honoring 12 exemplary drivers with membership in the 2012-2013 ABF Road Team. One of the highest honors an ABF driver can achieve, Road Team members earn the honor by demonstrating the utmost standards of professionalism on North American highways and city streets.

ABF Road Team members for 2012-2013 and the ABF Service Centers where they are based are:

"This group of elite drivers represents the cream of the crop in the transportation industry," says ABF President and Chief Executive Officer Roy Slagle. "These professionals possess superb driving skills, outstanding safety records and a commitment to upholding the greatest standards of excellence. It is due to the diligence of employees like these that ABF people have earned a reputation as the safest, most conscientious, highly innovative members of our industry."

During their 24-month term, ABF Road Team members serve as ambassadors for ABF and the trucking industry at large. Each member is available to address the vital role freight transportation plays in the global economy. When called upon, they speak on safety, the image of the truck driver and the industry, sharing the road with trucks or other subjects of community or industry interest.