"We appreciate the continued support of our ABS lenders as demonstrated by the early renewal of this important 364-day accounts receivable borrowing facility," said Sheila Taylor, Executive Vice President and CFO of YRC Worldwide.

The amended ABS has a facility commitment of $325 million as compared to the company's usage of $195 million at September 30, 2010.

New maturity date is October 19, 2011, subject to ratification and the continued effectiveness of the company's previously announced tentative labor agreement.

Payment of previously deferred interest and fees of approximately $13 million was paid upon renewal.

"As part of our comprehensive recovery plan we intend to seek a replacement facility with an enhanced long-term structure designed to significantly increase our advance rate," said Taylor. "In the interim, our ABS lenders have provided the flexibility we need to support our current business levels with attractive refinancing incentives as we progress through 2011."
Posted by 1Teamster at 9:17 AM No comments:

"I am hopeful that this proposed Change of Operations ultimately will not be necessary," Jack Peak, YRC Worldwide's senior vice president of labor relations and employment law, wrote in an Oct. 14 letter to Teamsters officials, including Teamsters President James P. Hoffa. "If, however, the Restructuring Agreement is not ratified by New Penn's employees, it will be necessary to convene a special Change of Operations hearing immediately following the (Oct. 29) ratification vote count."

Peak wrote that YRC Worldwide companies "are at a critical juncture in the restructuring of their businesses and operations." Full Story.......
Posted by 1Teamster at 9:26 PM No comments: 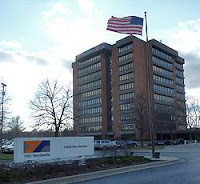 For the third time in less than two years, YRC Worldwide Inc. drivers and dock workers are about to decide the fate of the long-troubled trucking company.

Although workers have begrudgingly accepted cuts two previous times to keep YRC afloat, doubts linger about whether concessions will be accepted a third time, despite indications that they’re needed for YRC to survive.

The U.S. economy is not at its nadir as it was in 2009 when YRC workers accepted the previous cutbacks. But if the company has to liquidate now, the slow recovery won’t help YRC’s employees find new jobs, some analysts and industry executives said. Full Story.....
Posted by 1Teamster at 11:36 AM No comments:

At September 30, 2010, the company's estimated cash and cash equivalents were $115 million, restricted revolver reserves were $123 million, and unrestricted availability was $46 million, for a total of $284 million. During the third quarter of 2010 the company repaid $25 million of outstanding borrowings on its asset-backed securitization facility.

The company will hold a conference call for the investment community on Friday, November 5, 2010, beginning at 9:30am ET, 8:30am CT. Third quarter earnings will be released the same day, Friday, November 5, 2010, prior to the opening of the market. The conference call will be open to listeners live and by recorded playback via the YRC Worldwide Internet site yrcw.com.
Posted by 1Teamster at 9:29 AM No comments: